The 2018 NATS Winter Workshop, held at the Roosevelt Hotel in New York, concluded on Sunday, January 7. Held concurrently with the NATS Artist Awards and the National Musical Theater Competition finals, our workshop featured professionals from both classical and music theater realms. Among the presenters were Mikki Sodergren, Artistic Director for the American Traditions Vocal Competition, director and teacher Chuck Hudson leading an interactive, highly physical class on movement, and casting Directors Michael Cassara and Jason Styres on the realities of auditioning for and performing music theater in our time. READ MORE 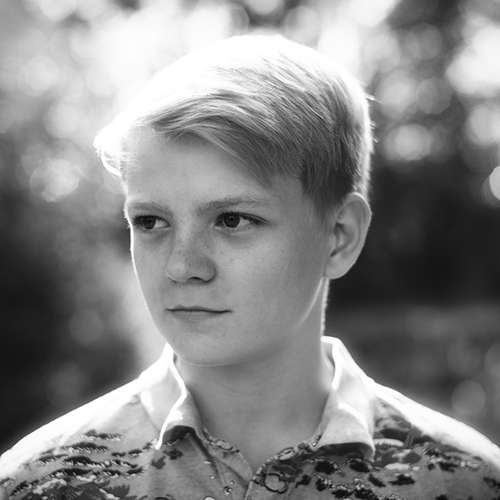 Sunday, January 7 at 4:00 p.m. Grand Ballroom, The Roosevelt Hotel
Norwegian vocalist Aksel Rykkvin has been acclaimed as "the world's premier treble." Hear the 14-year-old YouTube sensation sing in his North American debut. Also joining the presentation will be Marianne Lewis, Aksel’s voice coach, and Sean Lewis, collaborative pianist and producer of Aksel's recordings. You'll also learn how he and his voice coach have worked to propel his career.

Aksel’s first main stage opera role was dubbed “freakishly good” by the Financial Times and his debut recording with the Orchestra of the Age of Enlightenment was awarded the coveted Diapason d’Or Découverte. In August 2017, he was invited to sing and be interviewed together with his voice teacher at the closing presentation of the International Congress of Voice Teachers in Stockholm. WATCH VIDEO
Admission is included with Winter Workshop registration.
General admission seating is available for $10 at the door.
THE ROOSEVELT HOTEL - 45 East 45th Street & Madison Avenue, New York, New York 10017 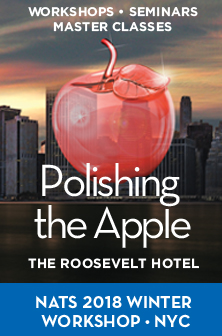 Share in the excitement of the semifinal and final rounds of the 2018 NATS Artist Awards (NATSAA) and 2018 National Music Theater Competition (NMTC)!

General admission seating is available for $10 at the door for the NATSAA and NMTC Final Rounds, for the public, friends and family, music industry professionals, and others not attending the workshop.

Registration will be available on-site at The Roosevelt Hotel beginning January 5, 2018.

*Daily rates are for Friday (Jan. 5), Saturday (Jan. 6), or Sunday (Jan. 7). Please indicate the days for which you want to register. If you wish to attend more than one day, you must purchase two days of registration.

Cancellation requests for registration will be honored through November 1, 2017. The NATS Executive Office must be notified of your intention to cancel in writing at the following address: 9957 Moorings Drive, Suite 401, Jacksonville, FL 32257, or by email (info@nats.org). Notice may also be sent by fax to 904-262-2587. Cancellations are not accepted by phone; they must be in writing.

All refunds are subject to an administrative fee of $25 USD if requested before the deadline. Refunds cannot be applied to subsequent workshops, conferences or membership dues and will be issued after the event has concluded. REFUND & CANCELLATION DEADLINE IS NOVEMBER 1, 2017.