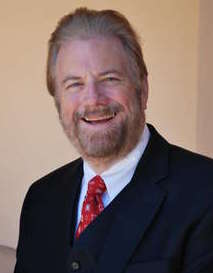 Lloyd Mims is Dean of the School of Music and Fine Arts at Palm BeachAtlanticCollege in West Palm Beach.  Previously he served as Dean and Professor of the School of Church Music and Worship of The Southern Baptist Theological Seminary in Louisville, Kentucky.  He holds the Doctor of Musical Arts degree from that institution and the Bachelor of Music Education and Master of Music degrees from the University of Southern Mississippi.  He did additional study at the Juilliard School and the America-Italy Society and was a fellow with the Bach Aria Festival in Stony Brook, New York, in 1991.

Dr. Mims has sung numerous recitals and performed roles with Kentucky Opera and Mobile Opera, sung solo performances with Ballet Florida, the Louisville Chorus, the Louisville Orchestra the Louisville Bach Society, and the Masterworks Chorus of the Palm Beaches.  He recently completed an eight year term on the Board of the National Association of Teachers of Singing (NATS) first as Governor of the Southeastern Region and then as national Secretary-Treasurer.  He is also a member of Phi Mu Alpha Sinfonia, Conductors Guild, and the National Opera Association.  Dr. Mims also serves as the music director of the PBA Symphony.