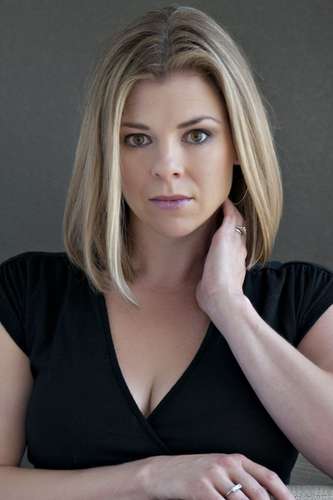 Dr. Hackel’s award winning a cappella groups, MIX and Lark have traveled across the United States and Europe competing and performing. Both groups have been BOSS and SOJAM champions, recipients of multiple performance awards, and have won multiple Contemporary A cappella Recording awards (CARAS). MIX and Lark have been praised for their innovation and professionalism and have been singled out for their boundary changing work in collegiate a cappella. Dr. Hackel’s ensembles have collaborated with the Swingle Singers, headlined the National A cappella Convention, and won the Most Innovative Group award at the Aarhus Vocal Festival in Aarhus, Denmark.

The lives of female composers and performers are central to Dr. Hackel’s research and publication history. Her original research on Norwegian musicians Agathe Backer Grøndahl and Nina Grieg has appeared in articles in the Journal of Singing, and her work on contemporary vocalists Dame Vera Lynn and Yvette Guilbert has appeared, or is slated to appear, in Women in Music. Dr. Hackel maintains an active profile as a presenter of workshops and classes at vocal festivals around the country on healthy contemporary singing, collaborative arranging techniques for vocal ensembles, and demystifying the pedagogy of modern singing styles. 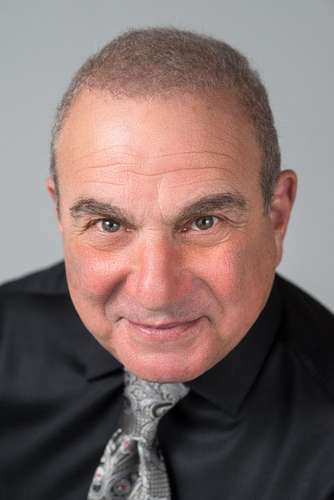 "Martin Katz must surely be considered the dean of collaborative pianists," said the Los Angeles Times, and Musical America magazine created an award expressly for him: Accompanist of the Year. One of the world's busiest collaborators, he has been in constant demand by the most celebrated vocal soloists for more than four decades. He has appeared and recorded regularly with Marilyn Horne, Frederica von Stade, David Daniels, Karita Mattila, Jose Carreras, Cecilia Bartoli, Kiri Te Kanawa, Kathleen Battle, Piotr Beczala, Joseph Calleja to name just a few.

A native of Los Angeles, Mr. Katz attended the University of Southern California and studied the specialized field of accompanying with its pioneer teacher, Gwendolyn Koldofsky. While yet a student, he was given the unique opportunity of accompanying the classes and lessons of such luminaries as Lotte Lehmann, Jascha Heifetz, Pierre Bernac, and Gregor Piatigorsky. He has partnered several of his soloists on the podium for orchestras of the B.B.C., Houston, Washington, D.C., Tokyo, New Haven and Miami. He also conducted staged productions for the University of Michigan's Opera Theatre, the Music Academy of the West, and San Francisco Opera’s prestigious Merola program.

Finally, the professional profile of Martin Katz is completed with his commitment to teaching. For three decades, the University of Michigan has been his home, where he has been happy to chair the School of Music's program in collaborative piano, and play an active part in operatic productions. He has been a pivotal figure in the training of countless young artists, both singers and pianists, who are now working all over the world. In addition to his work at his home school, he is a regular guest teacher at Helsinki's Sibelius Academy, Songfest, Chicago College of Performing Arts, Canadian Operatic Arts Academy, and the New National Theatre of Tokyo.

Mr. Katz’s comprehensive guide for accompanists, “The Complete Collaborator,” published by Oxford Press, is widely seen as the standard for textbooks on this subject. 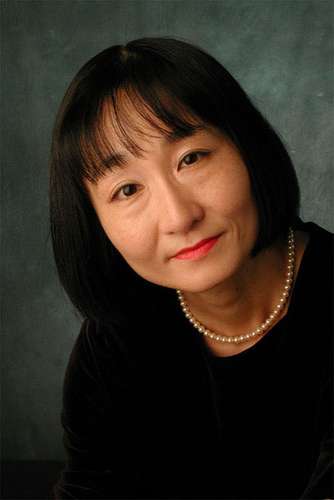 Since her undergraduate years at Kunitachi College of Music in Tokyo, Mutsumi Moteki, D.M.A., has been active as a vocal coach and collaborative pianist. She received extensive training in this area at Westminster Choir College (under Glenn Parker and Dalton Baldwin) and at the University of Michigan (under Martin Katz) as well as at prestigious summer programs such as Music Academy of the West, Steans Institute for Young Artists, and the Franz-Schubert-Institut in Baden bei Wien. She is currently a professor at the University of Colorado Boulder, where she teaches singing diction, vocal repertoire and French song literature, and is a coach for Eklund Opera Program. She has performed regularly with singers such as Patti Peterson, Keri Rusthoi, Patrick Mason, Irene Friedlob and JungWoo Kim, and has appeared in recitals worldwide.

Known for her effective and unique vocal coaching style, Dr. Moteki has taught master classes for singers and pianists at many universities and colleges in the United States, Taiwan, and Japan. Her other guest teaching positions include a five-week residency at Hochschule für Musik “Hanns Eisler” in Berlin, Germany, a one-year appointment as a guest professor at Kobe College in Japan, and nine summers teaching at the University of Miami’s Salzburg Summer Program. In 2011 she presented a lecture titled “Becoming a Vocal Coach” at the International Collaborative Piano Literature Symposium at the Tainan National University of Arts in Taiwan. She co-translated Martin Katz’s book The Complete Collaborator: the pianist as partner into Japanese, published by Ongaku-no-tomo.

A passionate promoter of art songs from Japan as well as from other East-Asian countries, she presents these songs in lecture-recitals and workshops. With Dr. Kumiko Shimizu of Delta State University, she co-created the Japanese Art Song Anthology, volumes 1 and 2, which were published by Classical Vocal Reprints in 2014 and 2016, respectively. 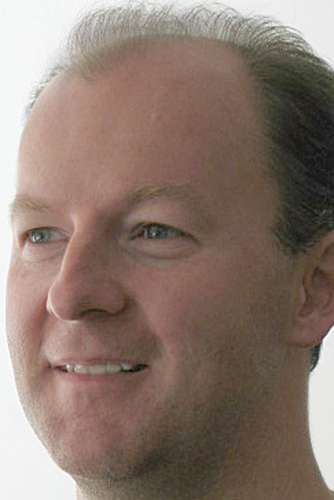 Current and former students have sung with the Santa Fe Opera, Opera Theatre of Saint Louis, Chautauqua Opera, Opera Omaha, Arizona Opera, Nevada Opera, San Antonio Opera, The Soldiers’ Chorus, The Mormon Tabernacle Choir and the Metropolitan Opera Chorus, and include faculty members at universities in Montana, Texas, Wyoming and New York. He has won research grants from The Grammy Foundation and NIH, and was awarded the 2006 Van Lawrence Award by NATS and The Voice Foundation. He has published more than 25 articles and edited or contributed to five books. 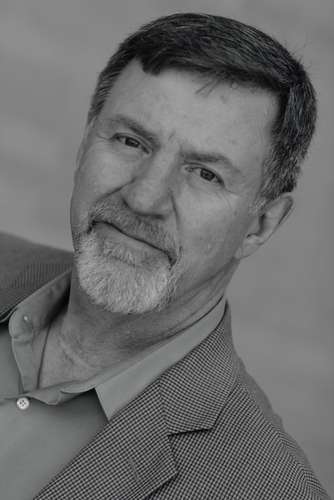 The distinguished American baritone Patrick Mason has performed and recorded an astonishingly wide range of music spanning the last 10 centuries. Most recently he premiered and recorded Voices from the Heartland, a major new work written for him by Pulitzer Prize winning composer George Crumb. He was a Grammy finalist in the category of Solo Vocal Performance in 2006 for his recording of Songs of Amy Beach on Bridge Records. Mason has worked with composers Elliott Carter, Stephen Sondheim, William Bolcom, John Duffy and many others on performances and recordings of new works. He has sung with the Syracuse Symphony, Odense Symphony (Denmark), West Virginia Symphony Orchestra, Pasadena Symphony, Orchestra 2001 (Philadelphia), Speculum Musicae (New York, NY) and with festival orchestras in Skaneateles, Wiltz (Luxembourg) and elsewhere.

Patrick Mason has made numerous recordings with Bridge Records: Songs of Amy Beach; Franz Schubert’s Winterreise; Mélodies (French songs by Fauré, Poulenc, Ravel and Dutilleux); Stefan Wolpe – Vocal Music; American Orchestral Song, featuring works of Horatio Parker, Virgil Thompson, Charles Griffes, John Alden Carpenter and Roy Harris; and Songs of John Musto (with soprano Amy Burton and the composer at the piano). Mason is a Berton Coffin Faculty Fellow at the University of Colorado in Boulder and the recipient of the University’s Hazel Barnes Award for excellence in teaching and research/creative work. 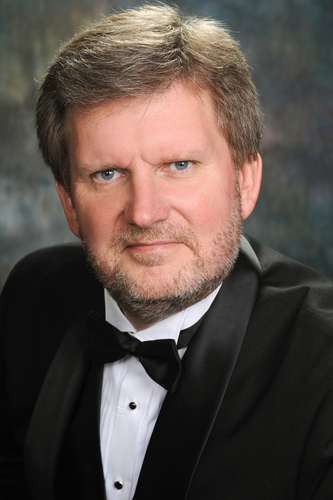 Donald Simonson is Professor of Voice at Iowa State University where he chairs the Voice Division and teaches voice, voice pedagogy, vocal literature, and conducts musical theater. Simonson is a graduate of Northwestern University and undertook advanced study at the Hochschule für Musik und Darstellende Kunst (Academy of Music) in Vienna, Austria. His principal teachers include Marion Hall, Otto Edelmann, Norman Gulbrandsen, and Berton Coffin. He regularly performs leading roles and appears as a soloist with opera companies, symphony orchestras and chamber ensembles throughout Europe, America, Australia and the Far East, including concert performances with ensembles such as the Warsaw Philharmonic, the Wiener Philharmoniker Solisten, the Austrian National Radio Symphony, and the Clemencic Consort. His performances have been featured on Austrian, German, and Italian national radio and television broadcasts and on NPR.

Simonson's students have gone on to win Fulbright Scholarships and Rotary Fellowships to Germany, Sweden and Italy and have been finalists and winners of competitions such as the Union League, MacAllister, NATS, and MET auditions. His students may be heard in roles with opera companies both here and abroad, including the Metropolitan Opera, Chicago Lyric, Houston Grand, Los Angeles, Barcelona, and Leipzig to name a few. His students may also be heard on Broadway, and in national touring productions of musical theater.
An active member of National Association of Teachers of Singing (NATS) for over 25 years, Simonson served as NATS President, two terms as the Iowa District Governor, and two terms as Governor of the Central Region and member of the National Board of Directors. 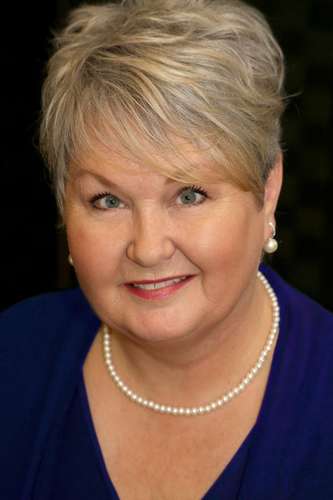 Cynthia Vaughn is widely respected as a teacher, performer and co-author of a leading voice class textbook and song anthology, The Singing Book (with Meribeth Dayme), W. W. Norton Publishers, 3rd edition 2014. She is the Associate Editor for NATS Inter Nos "Independent Voices." Cynthia served on the voice faculties of Colorado State University, Cedarville University in Ohio, Arvada Center for the Arts, and Art Connects International in Urbino, Italy, before founding Magnolia Music Studio-Old Town in Fort Collins CO in 2008.

In 2014 Cynthia relocated to Richland, Wash., and opened a second studio, Magnolia Music Studio-RiverWalk. She received her Master of Music in Vocal Performance from San Jose State University, completed Level 2 Certification in Contemporary Commercial Vocal Pedagogy, and is a Certified CoreSinging® Teacher. Cynthia Vaughn has performed professionally in New York, Chicago, Cincinnati, San Francisco Bay Area and her home state of Colorado. Recent performances include soprano soloist with Yakima Symphony Orchestra, Argento's "Miss Manners on Music" in Colorado and Washington, and numerous musical theater roles. Cynthia Vaughn’s Tumblr blog is “Singing in the Key of Me.”