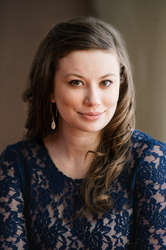 Rachel Ackerman is a coloratura soprano with a “clear, bright soprano voice” (DC Metro Theater Arts). She recently received a Masters of Music in Vocal Performance at George Mason University in May 2016. At George Mason, she was invovled with Mason Opera and performed in many benefits recitals through the Friends of Music. She received the Graduate Student Achievement Award Rachel holds a Bachelor of Music Education degree with high distinction from the Schreyer Honors College of Penn State University. The 2016 season was exciting for Rachel. She placed first in the American Council for Polish Culture’s Marcella Sembrich Vocal Competition and gave a solo recital in Pittsburgh at their national conference. She also was a finalist in the Annapolis Opera Vocal Competition where she received the Richard and Cheryl Hack Award. Rachel placed first in the Advanced College Women’s category of VA NATS in 2016 and 2015. She also won first place in the Mid-Atlantic Regional NATS competition in 2016. In 2015, she won the George Mason Concerto Competition and sang with the Mason Symphony Orchestra. Rachel had her role premiere of The Queen of the Night at the Amalfi Music Coast Festival in 2015. Additional roles include Madam Herz (The Impresario), Le feu (L’enfant et les sortilèges), Lauretta (Giannini Schicchi), Carrie (Carousel), Fiona (Brigadoon), and Eileen (Wonderful Town).

In addition to performing, Rachel is a passionate music educator. She has an active studio at Harmonic Music Studios in DC where she teaches voice and piano.