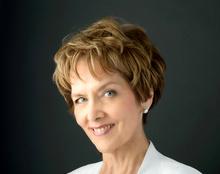 Title: Voice teacher
Bio: Elizabeth Daniels is recognized as one of Washington, D.C.’s outstanding teachers of vocal technique Her students have won or placed in over 45 voice competitions throughout the United States, Europe and South America and have held opera contracts from some of the most prestigious companies including the New York Metropolitan Opera. She holds degrees from The University of Chicago, The Peabody Conservatory and Ecoles d’Art Americaines in Fontainebleau, France where she studied theory and composition and performed as a soloist under the direction of Nadia Boulanger. Her primary mentor was the great American baritone Todd Duncan, a founding NATS member. . She has served on the adjunct faculties of The University of Maryland, The Catholic University of America and The Curtis Institute of Music. She has served as a vocal instructor for the Domingo-Cafritz Young Artist Program of Washington National Opera and maintains a private voice studio in Silver Spring, Maryland. Honors include the 1999 Rosa Ponselle Teacher of the Year Award, recognition in 2003 as one of 6 teachers honored at the MTNA National Convention for outstanding motivational teaching and, in 2010, designation of 'Master Teacher' at the NATS Intern Program. She is a founding member of the Washington Vocal Consortium – a group of 3 teachers who, for the past 25 years, have given vocal technique workshops for large choral groups throughout the eastern United States and who have created the extremely popular vocal technique CD, Vehicular Vocalises – the art of warming up and practicing in your car!
Voice Type: Soprano
Music Styles Taught: Opera; Classical
Availability: I am currently accepting private students; I am available as a clinician or presenter