Connect > About Us > Staff 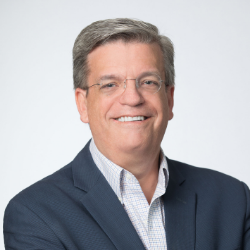 Allen Henderson holds degrees from Carson Newman College (BM), The University of Tennessee (MM) and the College-Conservatory of Music at the University of Cincinnati (DMA), where his minor was in Arts Administration and he was winner of the prestigious Corbett-Treigle Opera Competition.

Prior to his appointment as executive director in 2008, he served NATS as district and regional governor and was elected national secretary/treasurer from 2006-2008. He also served as interim executive director from 2007-2008. Henderson was a participant in the 1993 NATS Intern Program and later hosted the program in 1998. He was chair of the coordinating committee for the 2008 NATS 50th National Conference in Nashville, Tenn. 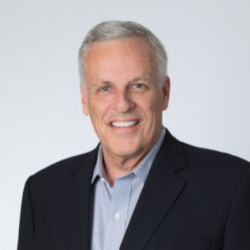 Bob Bryan is a 20-year veteran nonprofit executive and fundraiser. His career includes service with the Alumni Association at North Carolina State University, the National Multiple Sclerosis Society, Dignity U Wear (Jacksonville, Florida), the Leukemia & Lymphoma Society, We Care Jacksonville, and, most recently, he served as Vice President of Chapter Growth and Development for the Crohn’s & Colitis Foundation.

He holds a bachelor’s degree in philosophy from North Carolina State University and a master’s degree in sports administration from Ohio University. He and his wife, Jennifer, enjoy traveling, reading, and college football. 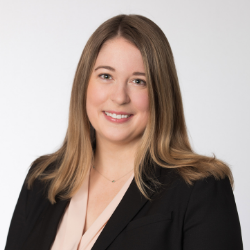 Beth Buchanan joined the NATS staff as marketing and communications manager in October 2020. She has more than a decade of experience in marketing and public relations, and has worked for a variety of nonprofits and advertising/PR agencies. Most recently she served as communications manager for the Kansas City Symphony, where she was responsible for writing, editing, project management and media relations. During her time there she helped promote more than 100 concerts each season along with major events including Celebration at the Station, the largest Memorial Day festival in the Midwest with 50,000 people, and a Guinness World Record Title for the largest tuba ensemble with more than 800 tubas and euphoniums. 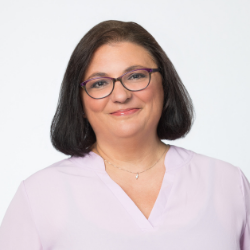 Amandia Carnahan comes to NATS with more than 14 years’ experience in the nonprofit world, and has held positions from public relations to program management. Organizations she has worked for have ranged from those serving children and veterans, to those serving nuclear medicine specialists.

Most recently, Carnahan worked as the community outreach and volunteer coordinator for a national veterans’ service organization where she worked to strengthen the chapters and increase awareness of the organization. Amandia began working for NATS in November 2018. As membership services coordinator, her role is to listen to the membership and ensure that NATS is meeting the needs of its members.

Originally from Mississippi, Carnahan has lived in Louisiana, Georgia and Washington, D.C. She has lived in Florida for ten years with her husband. They have two children and are foster parents to many more. When not at the baseball field watching their kids play little league, the family enjoys going to Mickler’s Beach and watching SpaceX rockets launch. (Despite the unusual spelling, Amandia pronounces her name as “Amanda.”) 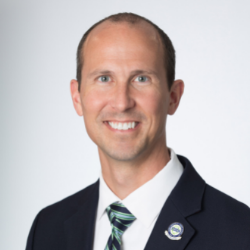 Dr. Mark McQuade has been incredibly active in NATS throughout the country having served as Texoma region governor, Oklahoma district governor, North Dakota district governor and auditions chair, and Georgia chapter webmaster. His research has also been published in Journal of Singing. McQuade began his role as NATS auditions and competitions coordinator in November 2018.

He serves as assistant professor of music at Valdosta State University, teaching private voice and vocal pedagogy. His voice students have been featured in principal and supporting roles with university, community, and professional opera and musical theater companies, and they are regular winners, finalists, and semi-finalists at state, regional, and national voice competitions. As a performer, McQuade has appeared in opera, musical theater, concert, and recitals throughout the United States and Canada. Prior to joining the VSU faculty McQuade served as associate professor of music at Minot State University (2015-2017) and assistant professor of music at Oklahoma Baptist University (2006-2015). Along with his deep-rooted passion for teaching and the art of singing, he brings nearly 20 years of experience as a performer and director of opera. McQuade served as the general director of the Western Plains Opera Company from 2015 to 2017. He holds degrees in vocal performance from the Oberlin Conservatory of Music and the University of Oklahoma, and a doctorate in vocal pedagogy from the University of Mississippi. 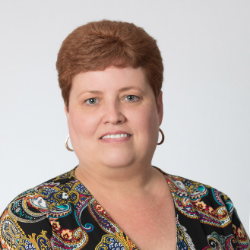 Jennifer Prok joined the NATS executive office in June 2020. As the NATS bookkeeper/executive assistant, she is responsible for reporting the financial activity for the organization. Previously, she has held positions as a full charge bookkeeper and an office manager for many professional businesses in the Jacksonville area. She has 32 years of experience in general accounting, human resources and customer relations in the corporate and finance industry. Jennifer offers a diverse range skills, expertise and experience that will be beneficial in her role here at NATS.

In her free time, Jennifer is actively involved in animal welfare and volunteers her time for the health and wellbeing of cats and dogs in the Duval and Nassau county of Florida. 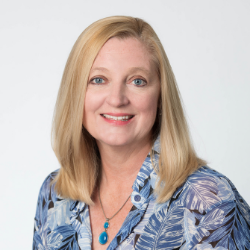 Tina Hooks joined the NATS Executive Office in June 2015. Before being appointed office manager in 2019, she served as administrative assistant for the Association. Hooks brings to NATS more than 15 years of professional administrative, organization, accounting, event planning and customer service skills.

Before joining NATS, Hooks spent the last 12 years with the Clay County School Board, beginning as a full-time classroom and school volunteer when her twin daughters started kindergarten. She then became a full-time substitute teacher for grades K-6 until she was offered a position as a classroom assistant and later promoted to the school secretary position. As secretary, she was responsible for maintaining an office with 80 teachers and staff and 650 students. In addition to running a busy office, Hooks was head of hospitality for the school and was nominated by her peers twice as Employee of the Year, one year becoming a district finalist.

Before employment with the Clay County School Board, Hooks was an assistant to the CFO for Industrial Water Services where she was responsible for accounting, payroll, insurance and human resources. She then took a brief leave of work when her family moved to Gainesville, Florida, and she chose to be a stay-at-home mom for a few years.

Hooks enjoys spending time with her husband of 24 years, Tim, their three children - Erin, Lindsey and Hayden - and the family labs, Knox and Lew. When she is not traveling with their son's baseball team, she and the family try to enjoy time together camping, playing golf and watching college football. 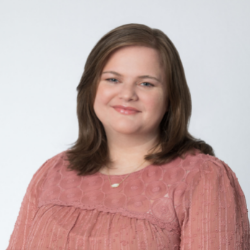 Heather Carraway joined the NATS Executive Office in March of 2018. She has a background in customer service, retail management, office clerical work, and sales. Carraway is originally from Tennessee, and moved to Jacksonville in 2000. She is married with two children. Her eldest is currently singing with the Jacksonville Children’s Chorus. 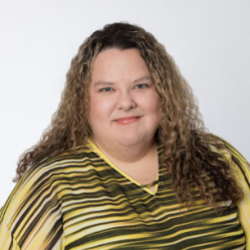 Mandy Ruddock joined the NATS office as a part-time clerical assistant in 2002, working wherever extra help was needed during the busy season. Ruddock currently serves as the special events assistant and helps with planning/coordinating national conferences and Board meetings. She is experienced in retail management and event planning. Ruddock, a native of Florida, is married and enjoys going to NASCAR races.