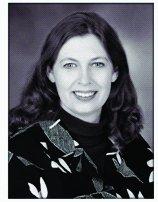 Title: Voice teacher
Bio: Laura Anne Bateman (M.A., B.Mus, A. Arts, AVCM) has been teaching singing and piano for over 25 years. She holds a Master's degree in Interdisciplinary Studies between Music, Linguistics and Engineering in Voice Performance/Voice Science, a Bachelor of Music Degree in Piano and Composition and an Associate of the Arts Diploma in Voice Performance and Pedagogy as well as two AVCM diplomas in Voice Performance and Voice Pedagogy. She is the past Head of Voice and Voice Instructor at the Canadian College of Performing Arts where she taught for 6 years and has also taught at the Victoria Conservatory of Music, St. Michael's University School, St. Margaret's School, Westmont Montessori School, Motif Music and worked as the Music Director of Pearson College, St. George's United Church, and choir director at St. Paul's United Church. She has adjudicated festivals and given workshops throughout BC and been the voice competition judge for the Graczak Voice Scholarship. She has also performed widely as soloist and in various quartets, ensembles, choirs, and bands in BC and in Europe. Originally from a classical background, her interest in other types of voice production led her to specializing in voice quality for many different styles. During her studies she also traveled to the National Center for Voice and Speech and was in the first graduating class of the Summer Vocology Institute located at Denver, Colorado with both University of Iowa and The University of Colorado-Boulder’s department of Speech, Language & Hearing Sciences. Laura Anne enjoys teaching all ages and all levels and has had students at all stages of learning and life. Many of her former students are professional performers that have been seen on stages worldwide. She is very proud of their accomplishments and often sees former students on singing on the radio and TV, as well as in movies, musicals, theatre productions, at theme parks, and on cruise ships where they are singing, dancing and acting up a storm. Laura Anne is a member of the Manitoba Registered Music Teachers and the National Association of Teachers of Singing.
Voice Type: Soprano
Music Styles Taught: World; Pop; Opera; Jazz; Folk; Gospel; Rock; Classical; Musical Theatre
Availability: I am currently accepting private students; I am available as a clinician or presenter; I accept students through a college or university program