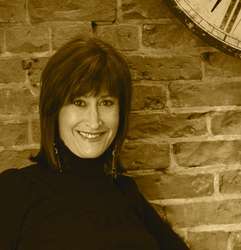 An avid educator as well as performer and composer, Rebecca combines a Master’s degree in Music from Georgia State University with over 20 years of performance, recording, and teaching experience. A native Tennessean and Rhodes College graduate, she has three CD's to her credit, a vocal jazz arrangement on the Sony/BMG record label, and a combined performance, recording, and touring resume spanning the U.S., England, Scotland, Wales, France, and Japan in choral ensembles of all sizes and as a solo performer. She has opened for Mel Torme, worked with Mac Frampton and the Hollywood Hills Orchestra, the Atlanta Pops, and co-founded the acclaimed vocal jazz quartet, South City Voices. Rebecca has also appeared as a performing artist/lecturer with nationally renowned author Dr. Philip Furia at MTSU for a tribute to songwriter Johnny Mercer. She teamed once again with the South City Voices for the second album of pop recording artist Brent Cash on the German record label, Marina Records, released in 2011. On the writing side, Rebecca’s musical composition setting to “The Mirror Poems” won national recognition in the 2012 NATS Art Song Composition Competition. She is proud of her private music students, many of whom have won scholarship and leading roles in musical productions, excelled in competitions and festivals, produced their own albums, advanced to perform professionally, received local and national recognition in Billboard magazine, Time Warner New Artist of the Year, and appeared on the NBC hit TV series “The Voice”.

Versatile as both performer and teacher, Rebecca has maintained a private teaching studio serving the north Atlanta community and sang on the Atlanta jazz scene and in the southeast for over 20 years. In the fall of 2013 she joined the Lamar Music Faculty in Beaumont, Texas as a full-time Instructor of Music- Voice, and Director of Vocal Jazz Ensembles, where she continued performing and developed the Cardinal Jazz Singers, master classes, and applied instruction in contemporary singing and vocal jazz while also teaching theory and piano. Recent performances have included the American Cancer Society Walk, Lamar University’s Cardinal Calvalcade Concert, House Concert for Lamar University’s French Circle, and Featured Vocalist with the Robert Ceballos Trio at Eddie V’s Jazz Lounge in Houston. Among other organizations, Rebecca is a member of the National Association of Teachers of Singing (NATS), and the Jazz Education Network (JEN). Recently Rebecca has relocated to the Raleigh/Durham/Chapel Hill area of North Carolina, where she maintains her own private studio as well as a teaching studio with the Chapel Hill School for the Musical Arts (CHSMA). She will soon be releasing her latest recording project, a nod to some great songs about Texas.

Student Testimonials: “Ms. Windham has opened up worlds for her students… When you find a teacher like Ms. Windham, you have found inspiration... Thank you... for helping me find my passion.” Private Vocal Student, Cumming, GA “I can say that with this group and Ms. Windham’s help we progressed as singers. We learned how to sing the music and how to become better vocalist{s}. Great experience.” Ensemble Vocal Student, Beaumont, TX “I have really enjoyed my time working with {Ms. Windham}. Ever since my first day of class, I have seen major improvement in voice; from techniques to dynamics. {She} pushed me out of my comfort zone and helped me expand my range.” Private Vocal Student, Beaumont, TX

Voice Type: Mezzo-soprano
Music Styles Taught: Pop; Jazz; Folk; Gospel; Classical; Musical Theatre
Availability: I am available as a performer; I am currently accepting private students; I am available as a clinician or presenter; I offer lessons in a group environment