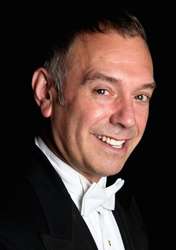 Jeffrey Moidel is a pianist, composer, voice teacher, opera coach, musical theater coach, musical director, singer, and workshop facilitator. Jeff has performed as a piano soloist and as a collaborative pianist throughout the United States, Europe and South America. He doesn't restrict himself to the classical world, and has performed and recorded with popular artists including Ann Hampton Calloway and John Denver. The Paul Taylor Dance Company and the Aspen Dance Connection have featured his compositions with Jeff at the piano. Jeff has been a vocal coach and instructor for Seattle Opera’s Young Artist Program, the Aspen Music Festival, the Vocal Institute at the University of California at Santa Barbara, The Peter Harrower Opera Program at Georgia State University, The Perry Mansfield School for the Performing Arts in Colorado, the Marrowstone Music Festival in Bellingham, Washington and has been an Assistant Professor at Cornish College of the Arts in Seattle for many years. In addition, Jeff has served as the Assistant Music Director and Chorus Master for Tacoma Opera and Skagit Opera and has also been chair of the music department at the Washington Academy for the Performing Arts. He believes it is important for children to develop an early appreciation for the arts and has written six children’s musicals and other concert works for young audiences. Jeff has also led workshops and master classes throughout the United States and Europe