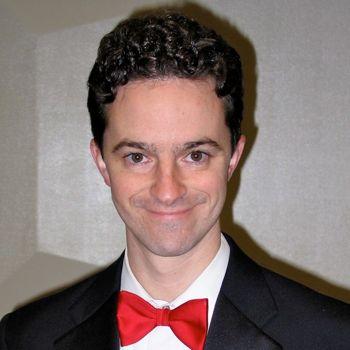 Dan Inglis, the first and only Certified Master Teacher of Estill Voice Training in western New England, is a freelance singer, voice teacher, conductor, arranger, and music curriculum consultant in Northampton, Massachusetts, US. Dan maintains a busy private studio, the <a href="https://daninglisvoicepiano.musicteachershelper.com/home">Dan Inglis Voice and Piano Studio</a>, whose students are active in performance throughout the Pioneer Valley and elsewhere. Dan is the Director of Music at First Church of Christ in Longmeadow, Massachusetts, where he plays keyboards and conducts the choirs and bell choir. Dan recently served as music director for the Pioneer Valley Chordsmen, a barbershop chorus, and St. Elizabeth Ann Seton Parish in Northampton, where he conducted three choirs and led an extensive cantor program. Dan performed the role of tenor soloist in The Messiah with the Cornucopia Consort in 2012. As a tenor soloist, Dan has also appeared with Mak'hela: The Jewish Chorus of Western Massachusetts, the Amherst College Concert Choir, the Hampshire College Chorus, a cappella group the Connotations, worship ensemble Part Fire Part Faith, leftist folk trio Red Valley Fog, solo to promote his folk album "<a href="https://daninglis.bandcamp.com">Disappearing Railroad Blues</a>,” and with his students in recital. Dan has also served as musical director for the Lander-Grinspoon Academy Chorus and Band, The Pirates of Penzance, Passion, and his original scores for the plays Dreaming Inside the Lover’s Eye and Bind Their Wombs. His choirs were featured prominently on WGBY-TV's popular series "Together In Song" from 2011-2015, winning Top Performer in the Adult: Classical and Adult: Barbershop categories. For this series, Dan also served other groups as guest conductor and arranger.

Learning about Estill Voice Training in 2007 led Dan to “quit his day job” teaching music at Lander-Grinspoon Academy, take his private studio full-time, and proficiently sing and teach a number of different styles.

Voice Type: Tenor
Music Styles Taught: Pop; Opera; Jazz; Folk; Rock; Classical; Musical Theatre
Availability: I am available as a performer; I have a wait-list for private lessons; I am available as a clinician or presenter; I accept students through a college or university program