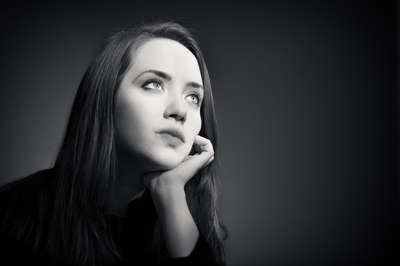 Rachel Eve Holmes is an exciting young soprano, recently described as, "expressive and subtle, with a stunning instrument." (Cap Times) A Georgia native, Holmes' performing career has taken her to Bruges, Belgium; Shanghai, China; Novafeltria, Italy, as well as all over the United States.

Career highlights include singing Beth March in Mark Adamo's Little Women in Belgium, a European Premiere in which Adamo assisted with the production; performing at Carnegie Hall as a result of winning the Associated Music Teachers of New York's Weill Hall Young Musicians Concert competition, as well as being named winner of the Wisconsin Public Radio's Neale Silva Competition, a distinction which lead to her performing in recital twice on WPR, as well as in recital at the Green Lake Music Festival.

Rachel Eve is also a champion of the musical theatre genre, and loves "crossing over" whenever she possibly can! Recent roles include Cosette (Les Miserables) and Charlotte (A Little Night Music) with Four Seasons Theatre, Tzeitel (Fiddler on the Roof) with Children's Theater Madison, Linda Porter (Red, Hot, & Cole) with Madison Theatre Guild (for which she received a nomination from the Bartell Theatre Awards for Best Actress in a Musical) and most recently Luisa (The Fantasticks) with Opera Theatre of Pittsburgh.

Passionate about Choral Music, Holmes is also a member of the Madison Choral Project, Madison's only professional chamber choir. She will join the roster again next year, and looks forward to the season under the baton of Albert Pinsonneault and Dale Warland. Rachel Eve is the proud Soprano of the Scholarship Singers Quartet at Christ Presbyterian Church in Madison, WI. She has performed as the soprano soloist in many works at CPC, including Handel's Messiah, the Vivaldi Gloria and the Rutter Gloria.

Rachel Eve Holmes is also a music educator. She has a flourishing studio at the Madison Music Foundry. Rachel teaches all voice types and genres, and finds great joy in helping people find their voice! Also a big believer in Opera Education, Rachel Eve sings with Opera for the Young, performing with and for thousands of Elementary School children throughout the Midwest.

Voice Type: Soprano
Music Styles Taught: World; Pop; Opera; Jazz; Folk; Gospel; Rock; Classical; Musical Theatre
Availability: I am available as a performer; I am currently accepting private students; I am available as a clinician or presenter; I offer lessons in a group environment; I accept students through a college or university program