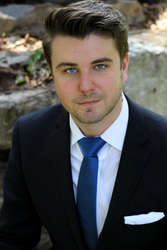 Michael is in demand as a voice teacher and presenter both nationally and internationally. His students have been accepted to top-rated undergraduate, graduate, and young artist programs; performed on and off-Broadway, in national tours, regional productions of opera and musical theater; and won prestigious competitions. He also helps many singers and voice teachers return to voice study to rebuild their voices and singing technique. He is excited by any opportunity to learn and share his knowledge of vocal pedagogy with colleagues in the voice health and teaching communities.

Michael is an Assistant Professor of Voice at Boston Conservatory at Berklee, where he teaches studio voice and career skills courses. He also served on the faculty of Syracuse University's Department of Drama and Setnor School of Music for two years, where he taught voice, voice for musical theater, and musicianship courses. He is on the voice faculty of the Walnut Hill School for the Arts in Natick, Massachusetts. Michael is a frequent presenter and clinician who is excited by exploring and refining pedagogical methods for young and developing voices. In 2017, Michael joined Robert Swensen and Kathryn Cowdrick to create and present Schubert to Sondheim: Pedagogy for the Male Voice, a summer teacher training workshop at the Eastman School of Music. Michael presents annually at the Boston Conservatory Vocal Pedagogy Professional Workshop, and has presented for the Fall Voice Conference, NATS, and various professional conferences. He is a consultant for a number of performing arts consulting firms in Boston and New York City.

Michael holds a B.M. in music education from the Eastman School of Music, an M.M. in voice pedagogy and performance from Penn State University, and was chosen to participate in the 2016 NATS Intern Program. Michael has been fortunate to be mentored by renowned pedagogues including Kathryn Cowdrick, Robert Swensen, Mary Saunders-Barton, Norman Spivey, W. Stephen Smith, and Jeanie LoVetri (NATS Intern Program 2016). Michael has performed as a classical singer on stages across the United States and performs regularly in the Greater Boston area. His favorite operatic roles include Schaunard (La bohème), Mercutio (Roméo et Juliette), and Frank (The Impresario). His musical and academic interests range widely and include art song, musical theatre, music education, classical guitar, collegiate a cappella, entrepreneurship, career education for artists, and playing the violin after a 10-year hiatus. He combines all these passions to help build versatile and authentic voices.