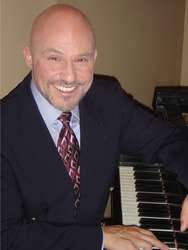 Having relocated to Broward County from Boston, Michael Kreutz had been a vocal coach for the Emerson College Music Theatre Department for 13 years and has taught private voice for nearly 30 years. Michael's students have performed leading and supporting roles on and off Broadway, in national and international tours, and in professional theaters around the country. As a voice teacher he has also trained students at the Burt Wood School of The Arts and at the elite Middlesex Private High School. While at Emerson he was a vocal coach for the Pre-college Musical Theater Studio where he taught private voice and was music director for the studio classes. Additional youth theatre experience includes Emerson Summer Stage, Turtle Lane Playhouse Youth Program (teacher, music director and co-founder), Fiddlehead Theater Youth Program and Kearsearge Arts Theatre Company Youth Kabaret.

As a singer/actor, Michael has been seen in a myriad of musicals and plays (favorites include Isador Straus in the National Tour of "Titanic" and Aimable in "The Baker’s Wife" opposite 3-time Tony nominee Judy Kuhn), and has performed his solo cabaret act around the country. Reviews of his solo CD, Since You Stayed Here, called Michael’s performances “smooth-voiced” and praised the CD’s “good taste”. Having trained with many different vocal coaches (including classical teachers Gabriella Tucci, Dale Moore and James King; Broadway and cabaret legend Julie Wilson; and popular singers Margaret Whiting and Kay Starr), and attended many master classes (most notably Mary Saunders-Barton for belting technique and Neal Tracy for rock/pop styling). Although Broadway vocal styles are his forte, Michael has the unique ability to teach and perform in many vocal styles (including pop, jazz, cabaret, music theater and classical music) and uses these skills to vary his approach to teaching and tailor his coachings to each student’s individual needs. Also a music director, Michael has conducted many performances (highlights include shows at the Emerson Majestic, The Lyric Stage, the Gloucester Stage and the inaugural concert of the Boston Opera House).﻿