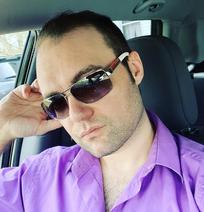 Bio: David is an accomplished vocalist, pianist and actor and has been involved in the performing arts from a very young age. Born and raised in Caracas, Venezuela, he has entertained audiences in several different countries and brings a unique blend of multicultural experiences into everything he does. Performance credits include: Off-Broadway, Cabaret and Regional plays and musicals, roles in several independent films, solo piano recitals, experience as lead singer, keyboardist and back-up vocalist for acts in a variety of genres ranging from Blues, Jazz and Soul to Rock, Pop, alternative and Spanish and Latin American folk music. He maintains an active performance schedule in Connecticut, Massachusetts, New York City and the greater New England area. With over 10 years of teaching under his belt, David has developed a holistic approach honed by years of practical experience in many different areas of the performing arts. He has an intense passion for music and acting, and is deeply committed to helping his students find and nurture what makes them unique, while at the same time giving them the tools they need to be able to meet and exceed the demands placed on today’s performers. He holds a Bachelor’s Degree in Piano Performance from the Puerto Rico Conservatory of Music and a certificate in Acting for Film from the New York Film Academy. He is a proud member of the American Guild of Musical Artists and the National Association of Teachers of Singing.
Voice Type: Tenor
Music Styles Taught: World; Pop; Jazz; Folk; Gospel; Rock; Musical Theatre
Availability: I am available as a performer; I am currently accepting private students; I am available as a clinician or presenter; I offer lessons in a group environment