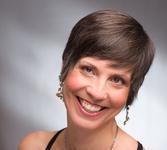 Dr. Irene Feher, mezzo-soprano, is a devoted pedagogue and recitalist. She completed her doctoral degree at The Schulich School of Music/McGill University where she was awarded the coveted SSHRC fellowship for her research in the use of visual feedback for the practical instruction of lyric diction. She presented her research at the Third International Physiology and Acoustics of Singing Conference in York, England. For her doctoral thesis and lecture recital she analyzed and performed songs by the Austrian composer Erich Wolfgang Korngold. Irene studied ‘The German Lied and its Poetry’ at the Franz-Schubert-Institut in Austria where she worked with internationally renowned artists Elly Ameling, Helmut Deutsch, Kieth Engen, Wolfgang Holzmair, Jorma Hynninen, Rudolf Jansen, Karl Markovics, Walter Moore, Christoph Prègardien, Reinhold Schaffrath, Benno Schollum, and Edith Wiens. She has studied voice with such respected teachers as Norma Newton (New York), Winston Purdy, and Beverley McGuire (Montreal). She has also received extensive repertoire coaching from Michael McMahon and Dr, Jennifer Matthews. Before entering the world of classical voice, Irene performed regularly all over Quebec and Ontario as a back up and lead vocalist for the popular cover bands China Blue, the Napoleons, and Fair & Mann. \n \nIrene has a private voice studio in Montreal, and she also teaches at McGill University (dept of music education), and Concordia University (private study voice). She studied performance wellness with Dr. Louise Montello, founder and director of Performance Wellness Inc. (New York), and has most recently completed a four-year training program with "Music For People" on improvisation and facilitation (musicforpeople.org). Irene is currently facilitating vocal improvisation workshops. These singing workshops are open to singers of all levels, and focus on freeing the voice and connecting with musical instincts through mindfulness and improvisation. Irene performs locally as a recitalist and soloist. Her most recent concerts have included the music of Franz Schubert, Arthur Honegger, Georges Bizet, Cole Porter, and Canadian composer Andrew MacDonald. Irene sang and co-created a production featuring the songs of Cole Porter. \n \nWith almost 25 years of teaching experience, and a passion for healthy vocal production, Irene works with singers of all ages and levels. Her teaching approach is holistic and she teaches various singing styles such as classical, pop, musical theatre, barbershop, and, choral. She also conducts singing workshops for small and large groups.

For more information go to www.livingyourmusic.com

Voice Type: Mezzo-soprano
Music Styles Taught: Pop; Opera; Jazz; Folk; Rock; Classical; Musical Theatre
Availability: I am available as a performer; I have a wait-list for private lessons; I am available as a clinician or presenter; I offer lessons in a group environment; I accept students through a college or university program