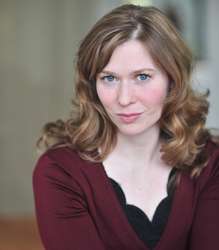 Sarah has helped students gain entrance into conservatories, audition for Broadway productions, and land leading roles in musical theater productions. Additionally, multiple students have received the highest scores in the Royal Conservatory of Music exams awarding them gold medals and the opportunity to perform in National Winner's Concerts. Sarah was was awarded 3rd place in the Barry Alexander International Voice Competition and was a finalist in the 2013 American Prize Award in Opera, Art Song, and the Oratorio awards. In 2012, she was a finalist in the American Prize Opera Award, and a 2012 national finalist in the Friedrich and Virginia Schorr Memorial Award in Art Song and the Long Leaf National Voice Competition.

In 2013/14, Sarah toured China with the South Shore Orchestra as the guest soprano soloist singing operatic favorites from Verdi's La Traviata and one of the most famous waltz's in the classical repertoire; Johann Strauss's Frühlingsstimmen.

Voice Teacher Sarah has been teaching privately in Chicago's historic Fine Arts Building for eleven years. Prior to this, she taught undergraduate voice at Belmont University, and was the head of the Voice Department at the Metropolis Performing Arts School in Arlington Heights. Sarah’s students include touring members of Broadway in Chicago musicals and many commercial and recording artist. Her students have performed at The Goodman Theater and Second City, as well as leads in musicals and operettas in the greater Chicagoland area. In preparing young students for college, Sarah has prepared students who have auditioned for and been accepted to nationally recognized performing arts schools and conservatories. Sarah is in her seventh year as a teaching artist for the Lyric Opera of Chicago's OperaKids! This year long residency in Chicago public schools focuses on integrating opera into age appropriate curriculum. During this program, Sarah produces and directs an opera written by the students during this residency. As an instructor of musical theater, She is the co-founder and director of Chicago Broadway Studio, an avenue for training you singing actors. Prior to this, she was the director of the Broadway Vocal Arts Summer Intensive Program for high school and college students.