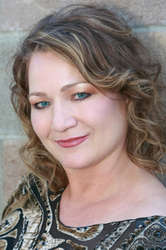 Title: Adjunct Professor of Voice
Bio: Alina Kozinska, an award winner in the Metropolitan Opera Competition, has performed throughout Europe, including France, Spain, Denmark, and Poland. Many of her performances have marked major public events. Kozinska sang at the Pope John Paul II Papal Mass in Baltimore before an audience of more than 50,000, and the NATO Alliance Induction of Poland before world leaders. A guest soloist on television and radio broadcasts, she has been featured on Maryland Public Television in the Eastern European Freedom Celebration, TV Polonia in France, Spain, and the United States. National Public Radio featured Kozinska’s performance of Seven Romances on Poems of Alexander Blok by Shostakovich. A faculty member of the Peabody Institute of the Johns Hopkins University, Ms. Kozinska’s voice students have been accepted into Juilliard, Eastman, Berklee, Peabody, Interlochen, and Washington Opera programs, and have been awarded hundreds of thousands of dollars in college scholarships.
Voice Type: Soprano
Music Styles Taught: Opera; Classical
Availability: I am available as a performer; I am currently accepting private students; I am available as a clinician or presenter; I accept students through a college or university program