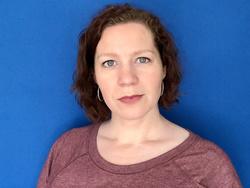 Developing new work is a passion for Kristina. She has performed in numerous World Premieres including The Fall of the House of Usher by Molly Fox and Sarah Hirsch, A Fire in Water by Michael Oberhauser and Terry Johns, Christopher Theofanidis’ Virtue, and Soul Fight by Catherine O'Neill. She has collaborated in development workshops with such writers as Laurence O’Keefe, Nell Benjamin, Richard Evans, Charles Leipart, Meron Langsner, Silvia Graziano, Dan Shore, and many others.

Kristina holds a Master of Music degree from The Boston Conservatory and Bachelor degrees in Music and Biology from the College of Charleston. In 2017, she completed all three sessions of The Contemporary Commercial Music (CCM) Vocal Pedagogy Institute of Shenandoah University in functional pedagogy and styles for commercial singing. She has a private voice studio in Rochester Hills MI, and is the Acting and Voice teacher at Next Step Broadway Michigan. Kristina is also a Standardized Patient with Oakland University William Beaumont School of Medicine where she helps medical students hone their communication skills and physical examination techniques.

Kristina is a proud member of Actors’ Equity Association (AEA); the American Guild of Musical Artists (AGMA); the National Association of Teachers of Singing (NATS); and the Voice and Speech Trainers Association (VASTA). She belongs to Beyond Artists, a coalition of artists who donate a portion of their income to organizations bringing important issues to light.