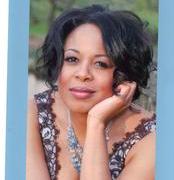 Maria Clark, Soprano ”As Ali’s mother Odessa, Maria Clark was the most natural actor in the production. Clark wandered in and out of the evening Ali and Miller spent together, humming two lines of a spiritual to restore normality to scenes that sometimes drifted between memories. She also had some of the best lines in the libretto, which Miller co-wrote with Pulitzer Prize-winner Mark Campbell. Entering stage as she held a crock between potholders, she ended a meditation on fate by Ali and Miller with “Everything happens for a reason… including this chili." It was a classic sitcom moment.” Chris Vitiello – Indy Week, February 02, 2015 SOPRANO MARIA CLARK AN "ARTISTIC AND VOCAL TRIUMPH" AS FIRST PRIZE WINNER IN 2008 BARRY ALEXANDER INTERNATIONAL VOCAL COMPETITON New York, February 4, 2008 — With a voice judges described as "dazzling" and "richly expressive," soprano Maria Clark performed on the stage of Carnegie Hall last Sunday afternoon as First Prize Winner of the 2008 Barry Alexander International Vocal Competition. "One seldom finds a voice capable of such beauty across a variety of idioms," said Cosmo Buono, Executive Director. "A voice this much at home in opera, lieder and spirituals is very rare. She is truly, both artistically and vocally, a triumph." Soprano, Maria Clark, has been acclaimed for her virtuosic skills of expressive singing across the idioms of Opera, Oratorio, and Art Song, and has been critiqued as possessing “The Voice of An Angel”. One of the most important aspects of her vocal abilities is her superb control of a very large instrument, all the while presenting a beautiful, rich, and layered voice. As a young artist, Maria was kept busy while attending the excellent opera program at Florida State University, where she gained stage time under the watchful eye of Barbara Ford. Accepted to attend the prestigious Manhattan School of Music, Maria moved to New York to complete her education where she received her BM in vocal performance successfully. After spending additional time in New York, she ultimately returned home to Covington, Georgia and embarked on the early stages of building an active opera career, and went on to complete an MM in vocal performance from GA State University.

Much like most vocalists, Maria performed concerts, as the lead soloist in her church, and gained experience by working with symphonies and small regional opera companies in the area, all the while improving her vocal technique and adding stage experience. She appeared with the Irene Harrower Opera Workshop, and performed the role of The Countess in The Marriage of Figaro and Annina in the Saint of Bleeker Street. It was while actively studying with a voice teacher and coach that Maria entered the MM program at Georgia State University and in 2005 received her degree in vocal performance. At this time, she performed with the University’s production of Tales of Hoffman as Antonia and as Violetta in their production of La Traviata. Her career grew in 2005, when she landed a position with Atlanta Opera and appeared with the ensemble of Atlanta Opera in its 2005 production of Carmen, participated in Atlanta Opera and Opera Comique’s 2008 collaborative production of Porgy & Bess, touring in France, Spain, and Luxembourg performing as the Strawberry Woman. Maria’s impressive rendition of the role earned her the cover of Bess, in the Atlanta Opera’s main stage 2011 production of Porgy & Bess, and performing the role of Bess in Atlanta Opera’s abridged version which was produced for the Atlanta Opera Outreach School productions. It was at the end of the 2012-13 season that Maria delivered a son into the world of opera which created a delay in her active career growth. 2015 found Maria performing for North Carolina Opera as Odessa Clay in Approaching Ali. In 2012 Maria was honored to recently make her debut with FOSBO-Fundación Orquesta Sinfónica de Bogotá Colombia and was sought out to sing Bess in the Bennett arrangement of Gershwin’s concert version of Porgy &Bess. Maria has also made a musical appearance in Tyler Perry’s critically acclaimed movie, For Colored Girls Who Have Considered Suicide When the Rainbow Is Enuf. Recently Knoxville Opera booked Maria to sing on their annual Opera Goes to Church program which was aired on the PBS network in Tennessee. Ms. Clark sits on the board of directors for RespirOpera-The GA Opera Initiative Company, as Vice President, and is a board member for The Irene Harrower Opera Program at GA State University. She is also a Vocal Instructor on staff at Emory University. To follow future performance events and to obtain further information for Maria Clark, please visit: www.mariaclarksoprano.com