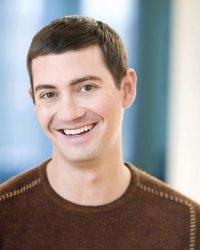 DeMar enjoys a diverse performance career, with regular engagements in opera, operetta, music theater, concert, and choral organizations across the United States and abroad. He has performed as a soloist with the North Carolina Opera, Palm Springs Opera Guild, Greenville Light Opera Works, the Raleigh and North Carolina Symphonies, and the Tiber Sinfonia Festival among others. His favorite roles include Papageno, Junius, Ko-Ko, the Modern Major General, and King Herod. He also performs as a founding member of the classical quartet VOX, who were featured on the 10th Anniversary Season of NBC’s America’s Got Talent.

As an educator and academic, DeMar serves a variety of interests and needs. He currently works as an Assistant Professor of Music at Wake Technical Community College, where his courses range from music appreciation to class voice and chorus. He also holds positions at North Carolina State University and Meredith College as an adjunct instructor, where he has taught private voice lessons, lyric diction for singers, music literature, history, and theory courses, and directed the a cappella ensemble Encore!. He has presented his doctoral treatise, The Song Cycles for Baritone and Piano by Jake Heggie, in conference and his current research efforts focus on the songs of Jake Heggie and Sidney Homer, as well as on semi-occluded vocal tract rehabilitative therapy. Other presentations include “How (Not) to Ruin Your Voice,” “Warm Ups That Work,” and “Practica Maxima!” at the SoJam and Boston Sings A Cappella festivals. DeMar is also a proud member of the National Association of Teachers of Singing (NATS). For the past decade he has served on the Executive Board of the North Carolina District, including terms as Secretary, Vice President/Auditions Coordinator, President, and District Governor. He routinely coordinates district events as a site host, and has adjudicated for district- and regional-level student auditions, including the NATS Artist Awards. Further interests for DeMar include arranging, conducting, and stage direction. His a cappella arrangements have been featured on both the Best of College A Cappella (BOCA) and SING compilation albums. He has served as an assistant stage director for the International Young Artists Project, and created and directed his own Mozartean pastiche, A Prelude to Romance, for the Meredith College Opera Workshop. He made his conducting debut with Britten’s Albert Herring for Meredith College in 2014, and also served as a guest conductor to lead the 2015 Chatham All-County Choral Festival. He currently conducts the Northern Wake Tech Chorus in Raleigh, NC. DeMar holds degrees in vocal performance from the University of North Carolina at Chapel Hill, the Boston Conservatory, and the Florida State University. He also possesses specialist certification in Vocology from the National Center for Voice and Speech through the University of Utah as well as in Commercial Contemporary Music Vocal Pedagogy from Shenandoah Conservatory.

Voice Type: Baritone
Music Styles Taught: World; Pop; Opera; Jazz; Folk; Gospel; Rock; Classical; Musical Theatre
Availability: I am available as a performer; I am currently accepting private students; I am available as a clinician or presenter; I accept students through a college or university program