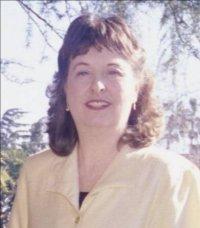 TEACHING PHILOSOPHY: Ms. Ludowise works with students at all levels, -- from teens just beginning their vocal studies, to collegiate music majors, and young professional singers. A firm believer that a successful singer needs to be able to sing freely thoughout their entire vocal range – she helps the student develop a secure and free tone from the low/chest register, through the middle/mix register, and into the high/head register. Additionally, good singing requires a technique that is grounded in solid breath support, a legato line, clear diction, and well placed vowels which result in an appealing and resonant tone quality. She works with each student not only to develop their vocal technique, but also to communicate to an audience the passion and drama of each selection. To that end, she regularly organizes studio recitals so that students can work on their performance skills in front of an audience.

Ms Ludowise offers lessons for students age 14 and older. Students younger than 14 can audition for study, if they are actively involved in music performances on a regular basis.