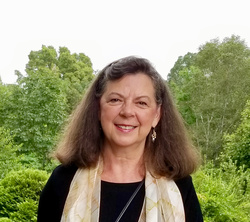 Title: Professor of Music, Emerita
Bio: Dr. Nancy Walker Nancy Walker, soprano, is Professor of Voice, Emerita at the University of North Carolina at Greensboro where she taught for over 30 years. She holds a DM in Voice from Indiana University, the MM from the University of Colorado in Boulder and the BM in Music Education and Performance from Hastings College in Nebraska. She taught in the public schools of Nebraska and Colorado before returning to school to earn her graduate degrees. Her former college teaching positions include Stephens College in Columbia, Missouri, and Gustavus Adolphus College in St. Peter, Minnesota. Dr. Walker's students have won awards and participated in numerous programs including Metropolitan Opera National Council Auditions, Aspen Music Festival, Music Academy of the West, Opera North, MTNA Competition (State, Regional and National levels), Brevard Music Center, Charlotte Opera, Chautauqua Opera Company, Orpheus Competition, Palm Beach Opera Competition, Federation of Music Clubs Competition, Opera Carolina, Dallas Opera Chorus, Opera Saratoga Young Artists, Schmidt Opera, American Singers' Opera Project, Renata Scotto Summer Opera Program, NATS and NATS Artist Awards. Walker also has many former students who teach in colleges and universities and public schools throughout the US. Solo recital and oratorio performances have taken Dr. Walker around the country, singing in Carnegie Hall and the Kennedy Center. Her international performances include recitals in Florence and Munich and in Tongliao, China. She was a regional finalist in the Metropolitan Opera Council auditions and a national finalist in the NATS Artist Awards. Walker is an active member in NATS, and she has served as District Treasurer, Regional Governor for the Mid-Atlantic Region, and was Vice President at the national level for NATSAA for two terms. A Fulbright Research Grant to study the songs of Josephine Lang took Dr. Walker to Munich, Germany in 1998, and a research leave in 2004-05 took her back to Germany to study German vocal pedagogy. As part of her research, she visited voice teachers throughout Germany and also in Austria and Slovenia. She recently spent four weeks teaching voice at the Inner Mongolia University of the Nationalities in Tongliao, China, where she and her husband pianist Tim Lindeman also performed a recital. She is a sought-after master class teacher and has given classes in in Alabama, Georgia, Nebraska, Minnesota, California and North Carolina. Her international teaching has included master classes in Germany at the Louis Spohr Musikakademie in Kassel in June 2013 as well as in China.
Voice Type: Soprano
Music Styles Taught: Opera; Classical; Musical Theatre
Availability: I am currently accepting private students; I am available as a clinician or presenter