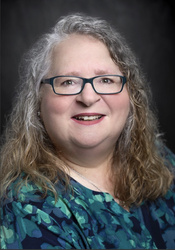 LORAINE SIMS is Edith Killgore Kirkpatrick Professor of Voice, Vocal Studies Division Chair, and Vocal Area Coordinator at Louisiana State University in Baton Rouge, Louisiana where she teaches Voice and Vocal Pedagogy. She has achieved critical-acclaim for her “vibrant, bell-like soprano” as well as her “warm intimacy, engaging passion and casual artistry.”

Recent performances include “Comedy in Song: Humorous Art Songs in English” at the 2017 International Congress of Voice Teachers in Stockholm, Sweden, which she also presented at the 2016 National NATS Conference in Chicago. Other performances have included appearances for the 2019 and 2015 Song Collaborators Consortia Art Song Festival and for several National Opera Association Cabaret Programs. She is featured in the role of “Miss Ellen” in a one-act opera Intimations on a critically acclaimed recording entitled The Operatic Works Dinos Constantinides which is available from Centaur. Other performances include appearances as Soprano Soloist with the Louisiana Sinfonietta, the LSU Symphony Orchestra, and the Southeast Kansas Symphony.

Professional activities include a pre-conference workshop, “Teaching Outside the Gender Binary: Working with Transgender and Non-Binary Singers” for the 2018 National NATS Conference in Las Vegas as well as two other sessions on this topic. Dr. Sims was invited to present a workshop, “What the Fach? Voice Dysphoria in the Transgender and Genderqueer Singer” for the Voice Foundation’s 2018 Annual Symposium: Care of the Professional Voice in Philadelphia. Other presentations include a session at the national ACDA Conference in Kansas City in 2019, “Honoring and Validating Transgender Singers in a Choral Context II: Healthy Vocal Pedagogy for Transgender Singers”, “Training Transgender Singers for Opera Performance: Gender Bending Beyond the Pants Role” for the 2017 NOA Conference, “Teaching Lucas: A Transgender Student’s Vocal Journey from Soprano to Tenor” at the 2017 ICVT in Stockholm, Sweden, the 2016 National NOA/NATS conference, the 2016 National MTNA Conference and the 2016 National NATS Convention, and “Training the Terrible Tongue!” for the 2014 Chicago NATS Chapter, and the 2012 National NATS Conference. Other presentations include “Using Technology in the Voice Studio” at the 2015 Louisiana NATS Workshop, "Practical Applications for the Spectrogram in the Voice Studio: A Demonstration," at the 2007 CMS/ATMI Conference, the 2007 Southern Regional Conference of NATS, and at the 2011 Voice Symposium at the University of Southern Mississippi.

Dr. Sims is the chair of the NATS Advocacy Committee, the NATS Foundation Liaison for the Southern Region, and a past Southern Regional NATS Governor. She is also a member of the National Opera Association (NOA) and Music Teachers National Association (MTNA). She enjoys giving master classes which have included those for the 2017 Fall Workshop of Alabama NATS, a 2019 SNATS chapter event at the University of Mobile, the Voice Symposium at the University of Southern Mississippi, the Royal Irish Academy of Music in Dublin, Ireland, Minnesota State University, Gustavus Adolphus College (Minnesota), Drury University (Missouri), Southeastern Oklahoma State University, the University of Alabama, the University of Southern Mississippi, East Carolina University, and Auburn University. Her students have been winners in national and regional competitions, are singing in regional opera and concert venues, and are teaching in schools and universities in the US and abroad.

Voice Type: Soprano
Music Styles Taught: Opera; Classical; Musical Theatre
Availability: I am available as a performer; I have a wait-list for private lessons; I am available as a clinician or presenter; I accept students through a college or university program