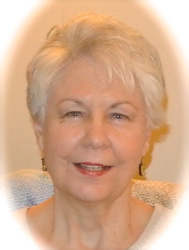 Title: Professor Emerita, Shenandoah Conservatory of Music, Winchester, VA.
Bio: Teaching voice is pure joy for me as I help my students to find their best voices and gain the confidence and technique they need to reach their full potential as performers. I retired from Shenandoah Conservatory of Music in 2013, after 34 years of teaching and performing. My studio included classical and musical-theater voice majors at the undergraduate and graduate levels. I also taught graduate courses in Vocal Literature and undergraduate courses in Singing Diction. During this period, I performed regularly as a soprano soloist in classical recitals, oratorio and operatic productions in Virginia, Washington, D.C., and Maryland venues. I was also privileged to serve as the Governor of the NATS Mid-Atlantic Region and President and Vice President of the NATS Virginia District. Many of my students have been successful in various opera venues across the country and in Europe, as well as on Broadway and other musical-theater venues. Some of my students have gone on to study in graduate programs, such as at the University of Michigan, University of North Carolina-Greensboro, Peabody Conservatory, and the New England Conservatory of Music. Several of my graduate students from Shenandoah are currently teaching in universities and colleges in Pennsylvania, Maryland, Washington, D.C., and Virginia. I completed my B.S. in Music Education and M.M. in Voice Performance at the University of Maryland, where I studied with Louise McClelland Urban and James McDonald. Later I was awarded the Rackham Fellowship for Graduate Study at the University of Michigan, where I received a D.M.A. in Voice Performance, having studied with Leslie Guinn and having received vocal coaching with Martin Katz.
Voice Type: Soprano
Music Styles Taught: Opera; Classical; Musical Theatre
Availability: I am currently accepting private students; I am available as a clinician or presenter