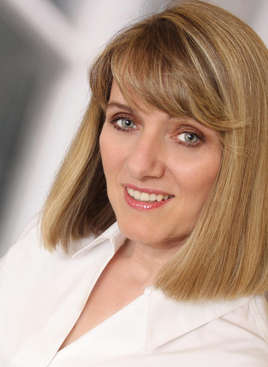 Bio: Kathleen Van De Graaff, MM, earned a bachelor's and master's degree in vocal pedagogy from Brigham Young University and has been a vocal instructor for the past 25 years. She has taught group and private voice lessons at several universities and colleges including St. Xavier University, Brigham Young University, College of Lake County and is presently teaching at Lake Forest College in the Chicago area. Ms. Van De Graaff has also taught opera workshops and musical theatre revues. She has been a guest teacher for master classes in the United States and China. A long time member of NATS, she has been the president of the Chicago Chapter of NATS and the District Governor of IL. As a performer, she has given solo performances in 30 states as well as in Central America, Japan, China, Norway, the Netherlands, Germany, France, the Czech Republic and Spain. She and her husband, Peter Van De Graaff, have been active in rediscovering chamber operas for soprano and bass from the early eighteenth century called intermezzi and have traveled throughout Europe collecting them, and are now performing them in English and in Italian. They have subsequently gained notoriety as specialists in this area, performing them throughout the United States and other parts in the world, as well as on live broadcasts over WFMT, Chicago, They have performed many of the modern premieres of these works. She has produced 3 CDs for warming-up the voice called “Winning Warm-ups for the Voice” and “More Winning Warm-ups for the Voice” which are now being sold throughout North America and Europe. She has also published other music books such as “A Systematic Approach to Vocal Exercises,” 3 books of arias and duets from intermezzi (Italian Arias from Comic Chamber Operas for soprano or bass as well as the Italian Duets from Comic Chamber Operas) Handel Duets, and Songs for Singers of all Ages volumes one and two.
Voice Type: Soprano
Music Styles Taught: Opera; Classical; Musical Theatre
Availability: I am available as a performer; I am currently accepting private students; I am available as a clinician or presenter; I accept students through a college or university program