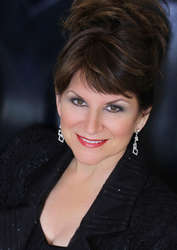 Title: Dir Vocal Studies, UChicago and Voice/Opera Faculty, Northwestern University
Bio: Cedille Recording Artist Patrice Michaels, soprano is distinguished by her vocal virtuosity and eclectic musical personality. Her live and recorded performances rank her as “A formidable interpretative talent” (The New Yorker), possessing “a voice that is light, rich and flexible” (Opera News). Concert and Operatic Engagements include appearances with the Shanghai, Czech National, St. Louis, Atlanta and Minnesota Orchestras, New York’s Concert Royal and Chicago’s Music of the Baroque. Patrice debuted with the Cleveland Opera as Marzelline in Fidelio, sang Candide at Lyric Opera of Chicago, and recorded the role of Monica in Menotti’s The Medium (Chicago Opera Theater on Cedille Records). Patrice has received consistent critical acclaim for her many Recordings (Albany, Amadis, Cedille and Decca labels), including most recently Notorious RBG in Song (June 2018). She is an active Recitalist, appearing at venues including the Festival of Contemporary Music in Havana, with pianist John Browning for Music at the Supreme Court, at Northwestern and Harvard University, and for The Schubert Club. Patrice performs four distinctive Dramatic Concerts: Notorious RBG in Song is a musical portrait of the second female Justice on the US Supreme Court; Divas of Mozart’s Day (www.mozartdivas.com) is an internationally acclaimed CD, and concert dramatizing 5 of the greatest singers of the Classical era. INTERSECTION: Jazz Meets Classical Song explores the influence of jazz on classical art songs in forms including blues, ragtime and ballads. "A Song For Harmonica" is a children’s introduction to opera, lightheartedly sharing the nature of Inspiration. Patrice Michaels holds BAs in Music and Theater from Pomona College, an MFA in Voice from the University of Minnesota, Twin Cities, and a certificate from the Music Theatre Studio Ensemble at The Banff Centre in Alberta, Canada. Former Professor of Music at Lawrence University’s Conservatory of Music, Ms. Michaels now serves as Director of Vocal Studies at University of Chicago.
Voice Type: Soprano
Music Styles Taught: Opera; Classical; Musical Theatre
Availability: I am available as a performer; I have a wait-list for private lessons; I am available as a clinician or presenter; I accept students through a college or university program