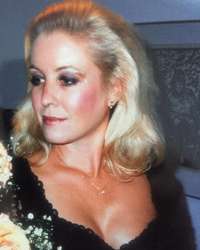 Title: Singer/ Performer/ Vocalist/ Actress
Bio: Soprano Lisa Schiff received a Bachelor of Music degree in Voice Performance from the University of Colorado College of Music, graduating with Honors, where she also received the prestigious Fiske Award Scholarship. She received a Master of Music degree in Voice Performance from the Boston Conservatory of Music, graduating Summa Cum Laude. While in Boston she was a Metropolitan Opera Auditions finalist. She continued her studies at the Boris Goldovsky Opera Institute and at the American Institute of Musical Studies in Graz, Austria. Miss Schiff has appeared as soloist with: The Boston Symphony Orchestra, conducted by Kurt Masur; The Canton Symphony Orchestra, conducted by Gerhardt Zimmermann; The Dayton Philharmonic, conducted by Isaiah Jackson; The New York Festival Orchestra and The Columbus Symphony Orchestra, conducted by Gary Sheldon, who stated, "Miss Schiff is an artist of enormous talent with a particularly strong devotion to beauty of sound;" and The Greater Marlborough Symphony Orchestra, under the direction of Peter Cokkinias, who called Miss Schiff “the consumate singing actress.” Miss Schiff's operatic roles include: Madama Butterfly; Donna Elvira; Mimì; Liù; Rusalka; Fiordiligi; Countess; Micaëla; Desdemona; Lisa; Violetta; and Musetta. She also specializes in opera and recital repertoire by Richard Strauss, Tchaikovsky, Dvořák, Janácek, Mussorgsky and other German, Russian, Czech and Italian composers. Most recently she performed the role of Berta in the Palm Beach Opera’s production of Rossini’s Il Barbiere di Siviglia. Among those who have prepared Miss Schiff for many of her engagements are Joan Dornemann and Paul Nadler, both conductors at the Metropolitan Opera, and Rita Patané at Carnegie Hall. Mr. Nadler describes Miss Schiff as having "...a lyric voice of unusual timbre and color, a big and exciting upper register and considerable control of her instrument, including superb coloratura agility." In addition to performing her expansive operatic, orchestral and recital repertoire, Miss Schiff also sings a wide variety of popular songs from musical theatre and the "Golden Era" of the 1920s, '30s and '40s in numerous recitals, concerts, special events and specific annual galas nationwide. After hearing a recent performance, Associate Director Mark Alan Gordon of The Cleveland Playhouse remarked, “Isn’t it wonderful to hear these songs sung as they were meant to be sung!” Very frequently Miss Schiff performs the National Anthems of the United States and Canada for professional sports teams including the Cleveland Indians, Cavaliers, Crunch, Caps and Lumberjacks, and the Chicago White Sox and Bulls. Her voice can also be heard on voice-over, on-camera, industrial and singing commercials. Miss Schiff was priveleged to perform Schubert’s Ave Maria as a requested soloist at several of the nationwide memorial services for pilots and flight attendants lost in the September 11, 2001 terrorist attack on America. She is in demand as a voice clinician for international recording artists and performers and is an accomplished classical pianist of more than twenty-five years. She is a member of the National Association of Teachers of Singing and maintains a private music studio that has produced many competition winners, including a young pianist “grand prize” winner at a western tri-state competition in Wyoming. Miss Schiff is currently preparing Mozart Master Classes for young singers to be presented nationwide in-person and via satellite. Miss Schiff’s discography includes opera arias from various composers and recordings of live performances of art songs by Richard Strauss and songs from the “Golden Era,” with selections from composers: Porter, Gershwin, Berlin, Arlen, Rodgers & Hammerstein, etc. She has been a performing member of Cleveland’s prestigious The Music and Drama Club for more than two decades.
Voice Type: Soprano
Music Styles Taught: Opera; Classical; Musical Theatre
Availability: I am available as a performer; I have a wait-list for private lessons; I am available as a clinician or presenter