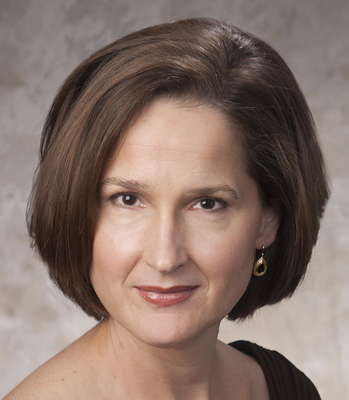 Title: Assistant Professor of Music/Voice Area Coordinator
Bio: Viola Dacus, mezzo-soprano has appeared regionally as a recitalist as well as in opera, oratorio, and concert venues. She has performed with such organizations as Baton Rouge Opera, Ohio Light Opera, Mississippi Opera, Mississippi Symphony Orchestra, and the Meridian Symphony Orchestra, to mention a few. She has been heard numerous times on the Mississippi Public Radio program, “Mississippi Concert Hall,” and also was mezzo-soprano soloist in the regionally aired, Aurora Award winning performance of Verdi’s Requiem: A Mississippi Memorium. With the Mississippi Symphony Orchestra, she has performed Mahler’s Rückert Lieder, Britten’s Phaedra and the world premiere of Reflections in the Mirror of Childhood, a song cycle composed for her by award winning composer James Sclater. She has recorded songs of James Sclater with pianist Theresa Sanchez on a CD entitled Light Upon Silver. In addition to her continued support of Sclater’s songs, she continues to make known the songs of German–born composer, Felix Wolfes, who was the subject of her doctoral monograph. She has performed his music in recitals, including lecture recitals at both Texoma and Southern Regional conferences of NATS. Highlights in addition to her regional credits include a 2007 concert tour of Israel and Jordan with performances in Nazareth, Jerusalem and Amman, culminating in an internationally televised Christmas Eve concert in Bethlehem. In 2009, she performed three concerts in Greece including Mendelssohn’s Elijah in Athens. She has appeared several times in New York, including as mezzo-soprano soloist in Verdi’s Requiem and the New York premiere of Dan Forrest’s Requiem for the Livin, both at Carnegie Hall. She reprised Requiem for the Living there in 2016, and the following year she performed the New York debut of Kim Andre Arnesen’s Requiem. Recent engagements include a performance of Dan Forrest’s Jubilate Deo on the Vox Anima concert series at Cadogan Hall in London. In April, Dacus will again join the Mississippi Symphony Orchestra in a performance of Ravel’s Trois Poèmes de Stéphane Mallarmé. She has been listed on the Mississippi Arts Commission’s Artist Roster, and is currently Assistant Professor of Music and Voice Area Coordinator at Mississippi College in Clinton, MS.
Voice Type: Mezzo-soprano
Music Styles Taught: Opera; Classical
Availability: I am available as a performer; I accept students through a college or university program