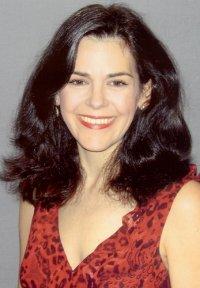 Sylvia Amorino graduated Cum Laude with a Bachelor of Arts degree in Music Performance from Sonoma State University, and went on to receive her Master of Music degree in Vocal Performance from Holy Names University in Oakland, Ca. Her first love being the operatic stage, Ms. Amorino has performed with local Bay Area companies such as Festival Opera, Novato Lyric Opera, Sonoma State Opera, and Sonoma City Opera. Sylvia also enjoys recital work and has sung for the Performing Arts Society, The Vallejo Choral Society, as well as many other associations and churches. A private instructor of voice, stage movement, and music theory for the past 35 years, Ms. Amorino is an active member of NATS (National Association of Teachers of Singing), PAS (Performing Arts Society), and MTAC (Music Teachers Association of Ca.). She has also been an off-campus voice teacher for Diablo Valley College and directed for the opera workshop at Holy Names University. As a vocal/jury adjudicator, she has worked with MTAC, Los Medanos College, Vacaville Fiesta Days Talent Competition, and The Stairway to the Stars Talent Competition. In addition to teaching, Sylvia has devoted her time to a vocal research project concerning TMD (Temporomandibular Disorders) and their effects on the singing voice. Ms. Amorino has written an article entitled “TMD and the Singing Voice” that was published and reviewed in The NATS Journal, The Journal of Craniomandibular Practice, The TMJ Update, and Cranio-View.

Also, as a stage director, Ms. Amorino was Resident Stage Director for six years on the staff of Holy Names University Opera Scenes Workshop , working with conductor, Monroe Kanouse. In March-May 2003, she directed and designed Riders to the Sea by Vaughan Williams for a collaboration with Solo Opera, Holy Names University and Goat Hall Productions in San Francisco. And in March 2002, to rave reviews, she also directed La Bohème for Livermore Valley Opera working with San Francisco Opera conductor, Sara Jobin. December 2012, Sylvia returned to LVO to direct/produce/costume their production of Amahl and the Night Visitors. Upcoming projects include The Twelve days of Christmas at Macy's Concord Dec. 2019, and directing/producing Derrick Wang's opera Scalia/Ginsburg in Aug. 2020. AMORINO VOICE STUDIO With 33 years of teaching experience behind her, Ms. Amorino tailors her lessons to specifically meet the needs of each individual student. As a vocal technician, she focuses on the health of the voice and bringing out each person’s true sound. Sylvia’s vocal students have performed in local church, school, musical theatre and opera productions as well as professional shows such as "Les Misérables" in San Francisco. Her studio also offers students the chance to perform in vocal workshops and recitals. Please contact Ms. Amorino at the numbers below for more information or visit www.SoloOpera.org