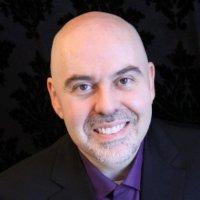 Bio: PAULO has been inspiring singers and students of the vocal art for over 30 years. Many of his students have been accepted into major music schools in the United States such as The Juilliard School, Eastman School of Music, New England Conservatory of Music, and Westminster Choir College. He is a member of the National Association of Teachers of Singing (NATS) and the Rhode Island Chapter, RINATS. In addition to his voice studio in Providence, he has held a voice studio for over 25 years in Philadelphia, positions of voice faculty and vocal artist in residence at the Hotchkiss Summer Portals Vocal Chamber Music Program in Lakeville, CT, voice instructor at Westminster Choir College, artist faculty of voice at the Westminster Conservatory of Music in Princeton, New Jersey, and voice instructor at Haverford College, in Haverford, PA. As a Brazilian Portuguese diction specialist he has coached talented singers at The Curtis Institute of Music, Festival dei Due Mondi in Spoleto, Italy, Westminster Choir College, and at The New York Festival of Song (NYFOS). He has also taught vocal technique and master classes in choral conducting in São Paulo, Brazil, has been an invited judge for the Westminster Vocal Scholarship Competition at Westminster Choir College, and worked with the choirs of the province of SORIA, Spain. He holds a Master of Music in Vocal Performance and Pedagogy, with distinction, and a Bachelor of Music in Church Music and Voice from Westminster Choir College, School of Music of Rider University in Princeton, New Jersey. ​ PAULO FAUSTINI is also founder and artistic director of SERENADES Choral Travel, a unique 12-day, summer choral and cultural program for both amateur and professional ensemble singers alike, first based in Umbria, Italy, from 2006 through 2016, in the Castile & León region of Spain in 2017 and 2018, and in Noto, Sicily in 2019, returning to Sicily in June of 2020. His program has taken many singers to perform in many awe-inspiring Italian and Spanish cathedrals, churches, museums, and unique venues such as the Duomo and UNESCO World Heritage Site of San Salvatore in SPOLETO, the Basilica of St. Francis in ASSISI, the cathedral in ORVIETO, and many Spanish cathedrals in SORIA, in the Castile & León region of Spain. For more information visit the website www.serenadeschoral.com Originally from São Paulo, Brazil, of Italian-Brazilian origin, PAULO FAUSTINI has performed throughout the United States, Europe, and South America as a classical vocal artist in recitals, concerts, ensembles, operatic productions, churches and vocal, choral music workshops. As a member of The Westminster Choir he performed with world leading orchestras such as the New York Philharmonic, Philadelphia, National Symphony, Gewandhaus of Leipzig, and worked with conductors such as Bernstein, Abbado, Muti, Masur, Mehta. He was a contracted professional singer for The New York Choral Artists and performed at Lincoln Center, Carnegie Hall, and famous churches in the tri-state area. He was a singing participant of the Spoleto Festivals U.S.A. and Spoleto, Italy, for 13 summers, in many operatic productions of composer and director Gian Carlo Menotti. He has also performed with ensembles such as Fuma Sacra, Piffaro, as well as the Opera Company of Philadelphia, Berkshire Opera, The Philadelphia Singers at the Academy of Music and at the Kimmel Center for the Performing Arts, and has worked and performed with Joseph Jennings and CHANTICLEER at their Sonoma Choral Workshop in California, as well as Peter Phillips and members of The Tallis Scholars in Ávila, Spain. Recently he has appeared as tenor soloist in a performance of Monteverdi’s “Selva Morale e Spirituale” with Zenobia Musica under the direction of Stephen Cleobury, in Madrid. He has held positions of Choir Director and Music Director at the Unitarian Churches of Summit, New Jersey, and Philadelphia, as well as tenor soloist and section leader at St. Martin in-the-Fields Episcopal Church in Chestnut Hill, Philadelphia.
Voice Type: Tenor
Music Styles Taught: Opera; Jazz; Folk; Classical; Musical Theatre
Availability: I am available as a performer; I am currently accepting private students; I am available as a clinician or presenter; I accept students through a college or university program