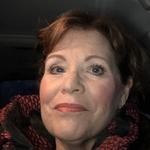 Title: Associate Professor of Voice
Bio: Cynthia O’Connell earned her undergraduate degree in Music Education and Masters in Vocal Performance from West Chester University in PA. Further studies were with Marianne Challis in New York City on the belt technique. Cynthia maintained a private voice studio in San Francisco, CA and was the vocal coach for the San Francisco Symphony Chorus. Since moving to Ohio in 1998, she has been a member of the voice faculty at BWU as Lecturer in Voice. Cynthia has a thriving vocal studio in her home in Shaker Heights and is a member of the American Guild of Musical Artists (AGMA), the National Association of Teachers of Singing (NATS) and the Governing Council of the Art Song Festival at BWU. Cynthia was Understudy for Pamela Myers in Sondheim on Sondheim, a co-production of Playhouse Square and Great Lakes Theater, summer 2012. She has appeared with Bill Rudman’s The Music Theater Project in The Making of ‘Carousel’ (Nettie) and Vocal Minority: The Amazing Female Songwriters. She sang the role of Meg in Cain Park’s Damn Yankees. Cabaret performances at Cain Park in Cleveland Heights and regionally: A Soprano in Love, So in Love, Bosom Buddies, Divas Duet, Simply Cynthia and her newest Something Wonderful. Cynthia is soloist at Tiffereth Israel, Cleveland, and has been soprano soloist at Trinity Cathedral and St. Paul’s Episcopal Church. She has performed with the Opera Company of Philadelphia and The Pennsylvania Opera Theater. Cynthia was an AGMA member of the Grammy-winning San Francisco Symphony Chorus. She was the vocal coach for the Ohio premieres of Bat Boy and Avenue X. Mrs. O’Connell’s BWU grads and private students have appeared on Broadway and London’s West End, on national and international tours, Disney cruises, and in productions at Great Lakes Theater, Idaho Shakespeare Festival and regional theater, and on television and voice-overs.
Voice Type: Soprano
Music Styles Taught: Pop; Opera; Jazz; Rock; Classical; Musical Theatre
Availability: I am available as a performer; I am currently accepting private students; I accept students through a college or university program