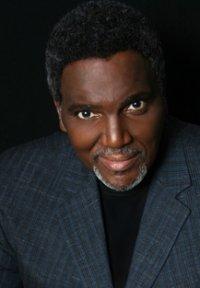 Dr. Anderson has performed in concert and oratorio with the National Symphony Orchestra at the Kennedy Center and in the National Cathedral in Washington DC, Chautauqua Symphony, Illinois Symphony, Grant Park Orchestra in Chicago, Warsaw Symphony and Krakow Symphony in Poland, Las Vegas Philharmonic and the Henderson Symphony. He also performs frequently in recitals, concerts and master classes throughout the US.

The World premier of the opera Bandana by Daron Hagen was released in summer of 2006 on Albany Records with Dr. Anderson singing the role of the “Leader”. Alfonse can be heard on various recordings with the American Spiritual Ensemble and on the Nationally acclaimed DVD titled “The Spiritual” airing throughout the US on PBS. Also, in 2008/09 the CD from the German recording label Klavier singing " Nessun dorma" from the opera Turandot.

Dr. Anderson has taught voice for over 30 years and in that time, he has won several teaching awards at UNLV. In 2019 he was the first recipient of The Dr. Bert Babero Sr. Faculty/Staff Award which is designed to recognize any faculty or staff member at UNLV who has a record of serving and mentoring black students. In 2021 Dr. Anderson also won the UNLV College of Fine Arts Outstanding Teaching Award. Many of his students have won international, national and regional vocal competitions with such notable organizations as the MET Opera, NATSAA, Leontyne Price, Marian Anderson, Mario Lanza, Montserrat Cabellé, Meistersinger, Opera Index, Belvedere and Palm Spring Vocal Competition to name a few. His students have been accepted to numerous national and international young Artist Programs such as the Paris Opera, Vienna Volksoper, Deutsche Oper Berlin, The Metropolitan Opera, Academy of Vocal Arts in Philadelphia, Aspen Musical Festival, San Francisco Opera, Florida Grand, American Institute of Musical Studies, Opera Theatre of St. Louis, Utah Opera, Portland Opera, LA Opera, Opera Ebony, Florida Grand Opera, Chautauqua Opera, Des Moines Opera, Opera North, Sarasota Opera, Mirella Freni CUBEC program. Many of his students and former students are also teaching at universities and secondary music educators throughout the US, Europe and China. Dr. Anderson also serves as a master vocal clinician and adjudicator throughout the US and Europe. He has also a very active member of NATS for over 30 years. He has served as president of the local chapter in Las Vegas and teaching mentor for the national NATS. Most recently Dr. Anderson was inducted into the prestigious American Academy of Teachers of Singing which is a group of invited voice teachers with outstanding teaching background and a history of noted teaching success. Dr. Anderson also serves on the Board of Opera Las Vegas. Dr. Anderson is a major recruiter for the Vocal Department at UNLV and his leadership in the Vocal Division spans 26 years. He not only mentors his students but many of his colleagues as well.