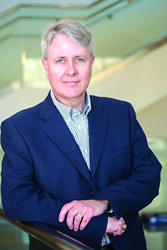 Title: Professor of Music at Washington and Lee University
Bio:

Gregory Parker, Professor of Music and Head of the Department of Music at Washington and Lee University, holds the Bachelor of Music Education degree and the Performer’s Certificate in Voice from Samford University, the Master of Music degree from Southwestern Baptist Theological Seminary, and the Doctor of Musical Arts degree in voice performance from the University of Missouri-Kansas City Conservatory of Music.

He has performed in a number of operas and oratorios and has presented many recitals. In addition to studying with James McKinney, author of The Diagnosis and Correction of Vocal Faults, he has worked with internationally acclaimed pedagogues Horst Günter and Richard Miller. Choirs under his direction have presented concerts in Israel, Egypt, the Palestinian Territories, France, Italy, and Ireland.

He and his wife, Lori, are the parents of two children, Alex and Brianna.