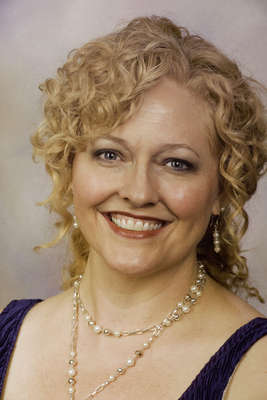 Kane has been an invited master teacher at the New Israeli Opera Young Artist Program in Tel Aviv and an invited lecturer for the Los Angeles Opera's Education and Community Programs on the topic of "Training the Next Generation of Opera Singers." Her paper on "Bridging the Gap between the University and the Stage" was given at the International Congress of Voice Teachers in Paris, France, in July of 2009 and was subsequently turned into a workshop and a book. Kane maintains a blog on singing (www.sensationalsinging.com), a regular performing schedule and a private studio as well as being a full professor at CSULA. Her book, The 21st Century Singer: Bridging the Gap between the University and the World is scheduled to be released summer of 2014. A full professor at California State University, Los Angeles, Kane teaches voice, vocal pedagogy, song literature and directs the opera. Susan Mohini Kane has recently returned from the European debut of her classical cabaret show entitled: DUEL DUET performed by Kristof & Kane, international cabaret duo, and directed by famed Belgian film-director Lieven Debrauwer. Their LA debut was at supper club The Gardenia in Hollywood “where it stunned those in attendance through the sheer musical command of these two performers.” (Cabaret West Newsletter) Please visit www.kristofandkane.com for more information about this performing duo. For more information please see her website: www.smkane.com.

Recent orchestral performances include the Brahms' A GERMAN REQUIEM, Dvorak TE DEUM, Handel's MESSIAH, and Mendelssohn's MIDSUMMER NIGHT'S DREAM with the Bakersfield Symphony and a Christmas concert with the California Philharmonic at the Ambassador Auditorium. Kane has recently performed Brahms' A GERMAN REQUIEM and the Saint-Saëns CHRISTMAS ORATORIO with director William Hatcher for the Schantz Music Series in Encinitas, CA. Kane's most recent opera role was Michaëla in LA TRAGEDIE DE CARMEN with the Intimate Opera in Pasadena, California. Kane has performed with the Chicago Symphony Chorus, Lyric Opera Cleveland, Carnegie Opera Theatre, Chicago Gilbert and Sullivan Company, Inspiration Point Fine Arts Colony Summer Opera and the Paducah Symphony. Vocal chamber music and art song include performances of Ravel's TROIS POÈMES DE STEPHAN MALLARMÉ and Stravinsky's THREE JAPANESE POEMS with chamber orchestra as well as songs by Schubert and Messiaen in the highly acclaimed Jacaranda Chamber Series in Santa Monica. As a champion of both new music and music by women composers and Kane has had several pieces written for her, the most recent being a song cycle entitled PRAYERS FROM THE LONG HISTORY OF HAPPINESS by Sara Carina Graef that has been performed from Miami, Florida to Los Angeles, California. Upcoming performances and presentations are listed at www.smkane.com.

Voice Type: Soprano
Music Styles Taught: World; Pop; Opera; Jazz; Folk; Classical; Musical Theatre
Availability: I am available as a performer; I am currently accepting private students; I am available as a clinician or presenter; I accept students through a college or university program