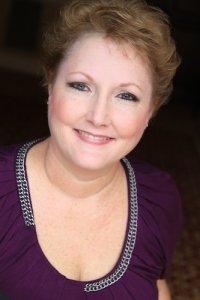 Edrie Means Weekly, an active professional (classical/styles) singer and Co-Founder of the Contemporary Commercial Music (CCM) Vocal Pedagogy Institute at SU, was honored to be a Master Teacher for the NATS Intern Program in 2013. A recognized expert in training singers for classical repertoire and all styles of contemporary commercial music she is in demand for master classes on CCM voice and Opera performance. Her students have been heard on The Voice, American Idol, Kidz Star USA, on recordings and have appeared in films, on Broadway and Off -Broadway, on TV, in cabaret, national tours, regional theatre, on cruises, concerts and opera houses worldwide. Her chapter Making the Song Authentic: It’s A Matter Of Style; in Teaching Singing in the 21st Century, Dordrecht: Springer is forthcoming in 2013. Edrie has presented several papers and workshops at the Voice Foundation. She has co-authored several research publications in The Journal of Voice regarding the teaching of the Broadway voice. Edrie’s first publication in the The Journal of Voice (2003), led to establishing the Shenandoah University’s CCM Vocal Pedagogy Institute. Edrie was one of six NATS members appointed by the current NATS President Donald Simonson to explore and help the creation of the NATS sponsored National Music Theatre Competition held at the 2012 Conference in Orlando, Florida. She served as a judge in the semi-finals in Orlando. She has also authored some exciting revisions to the musical theatre categories for the Mid-Atlantic National Association of Teachers of Singing (NATS) Region.

Edrie is in demand as a contemporary music specialist. She has sung lead roles in the world premieres of works by Philip Glass, Dominick Argento, Jacob Druckman, and in Kaballah by Stewart Wallace, in which the role of Binah was written for her and a CD recording made with Koch Records. NPR broadcast Dominick Argento’s The Dream of Valentino, in which she created the role of Jean Aker and PBS broadcast Philip Glass’ The Making of The Representative of Planet 8, in which she created the role of Klin. Nationally and internationally, she has appeared in leading roles with the Houston Grand Opera, Washington Opera, Wolf Trap Opera, Cleveland Opera, Des Moines Metro Opera, Opera Mid-Michigan, Opera Grand Rapids, Pittsburgh Playhouse, and the State Opera of Cairo, Egypt. Her many performances have been broadcast internationally on NPR and PBS. She was last seen nationally and internationally on TV in the role of Suzy in the opera La Rondine directed by Marta Domingo, which was released on DVD by Decca.

In addition to her operatic roles she has sung extensively in leading roles of musical and operetta production, including My Fair Lady, Carousel, The King and I, West Side Story, Show Boat, The Sound of Music, The Merry Widow and Zorba. Recitals in the United States and Canada include a New York City debut in the New York Festival of Songs Series with pianist Michael Barrett and Guest artist with symphony orchestras of Houston, Cleveland, Corpus Christi, Victoria, and the National Symphony. Edrie was standby for Patti LuPone in the title role of Regina at the Kennedy Center and was a member of the Sondheim production of Follies starring Bernadette Peters and Elaine Paige. Edrie is returned to the Kennedy Center May 2013 in My Fair Lady starring Jonathan Pryce and Cloris Leachman

She has been on faculty of Care of the Professional Voice, the ground breaking scientific conference on voice care worldwide for several years. Edrie is an Adjunct Associate Professor of Voice at Shenandoah Conservatory of Music in Winchester, VA and maintains a private studio in the Washington, D. C. area. She is on the board of directors of the Virginia NATS. She is also a member of the Voice Foundation, MENC, MTNA, NVMTNA, VMTA, Opera America, AGMA and AEA.

From Reviews and Quotes:

“She is the one person I have heard who nicely sings in and out of each style effortlessly!” Richard Miller, International Pedagogue and Operatic Tenor

"What a Beautiful voice and Expressive singing - that's the way songs need to be sung. Songs need to tell a story and Edrie told the story!" Celeste Holm (Broadway/Film/TV Star)

“Talented Edrie Means sang with style such Gershwin numbers as Someone To Watch Over Me, and My Man’s Gone Now. Even the verses were attractive. Means’ spectacular voice, effective acting, and depth of emotion should take her far. The Eagle, Thyra Plass, NPR “Edrie Means Weekly is a superb operatic soprano, a powerful music theatre “belter”, and an experienced and highly skilled voice expert in many other styles. She is an excellent role model for the teachers who come to study vocal techniques for the various styles of Contemporary Commercial Music (music theater, jazz, gospel, rock, pop, Rhythm and Blues, country, folk, and alternative), as she is both a master of the vocal production demands and an experienced singing teacher. She guides others by her example and with detailed information about the musical and performance needs that singers must meet in order to have successful careers in any style.” Jeannette LoVetri, Singing Voice Specialist

"Edrie Means Weekly is a plethora of knowledge in the musical theatre styles! Her stylistic flexibility was impressive. Her positive reinforcement created a safe environment to experiment. She was able to adjust to various competency levels without skipping a beat." 2007 CCM Vocal Pedagogy Institute Musical Theatre Styles Class participant

Voice Type: Soprano
Music Styles Taught: World; Pop; Opera; Jazz; Folk; Gospel; Rock; Classical; Musical Theatre
Availability: I am available as a performer; I have a wait-list for private lessons; I am available as a clinician or presenter; I accept students through a college or university program