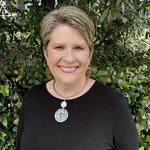 Bio: Dr. Dana Rice Guidroz joins the SHSU faculty in the fall of 2021 as a Visiting Assistant Professor in Voice. She holds a D.M.A. in Vocal Performance and Pedagogy from The University of Southern Mississippi, an M.M. degree in Vocal Performance from Florida State University, and a B.M. degree in Vocal Performance from Baylor University. Dr. Guidroz has distinguished herself on concert, music theatre, and operatic stages alike, performing leading roles, such as Mrs. Ford in Merry Wives of Windsor, Susanna in Le Nozze di Figaro, Zerlina in Don Giovanni, Nella in Gianni Schicchi, Amalia in She Loves Me!, and Mother Abbess in The Sound of Music, to name a few. Her extensive solo career in concert and guest artist recitals include appearances throughout the United States. Awards include state and regional winner and national semi-finalist of the NATSAA young Artist vocal competition, state winner and regional finalist of the Metropolitan Opera National Council Auditions and the MTNA Young Artist Competition. She also received the Verdi award at the Mobile Opera Competition and was named a finalist at the Suncoast Opera Competition. Dr. Guidroz has been teaching voice and voice-related classes at the high school and college level for over twenty-five years. She recently moved to Houston, TX from Mandeville, LA where she taught in the talented music program. Prior to her tenure there, she served as Associate Professor of Voice and Opera Theatre at Mississippi College in Clinton, MS where she established and directed the Music Theatre Program and taught applied voice to undergraduate and graduate voice majors. In 2007, she was presented with the inaugural Outstanding Young Faculty Member of the Year Award in recognition of her accomplishments as a teacher, performer, and scholar. An active member of NATS since 1999, she served as the Mississippi District Governor and the President of the MS Chapter of NATS while on the faculty of MS College. In addition, her students consistently won at the state and regional levels of NATS. Students of Dr. Guidroz have been highly successful in performance, competition, graduate study, and teaching and are currently enjoying careers in all areas of music. Former students of Dr. Guidroz have received significant scholarships and assistantships throughout the country, including Cincinnati Conservatory, Florida State University, Ohio State University, and NYU.