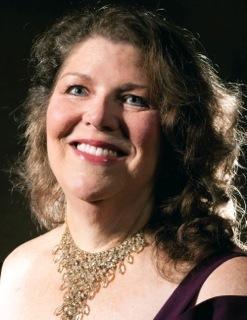 Bio: Soprano, Susan Bonito, began her musical training as a classical saxophonist at the age of twelve. She culminated her senior year of High School, by winning first chair in the National Honor Band, America's Youth in Concert, and enjoyed the solo spotlight with that group in performances at Carnegie Hall, the Kennedy Center for the Performing Arts, and throughout Europe. She began her formal vocal training at the University of Southern California, where she studied with Nina Hinson, Madame Gwendolyn Koldofsky, and Natalie Lamonick. Ms. Bonito was a winner of the Metropolitan Opera Regional Auditions and the Music Teachers Association VOCE Auditions, a finalist in the California Young Artist’s Competition sponsored by the Carmel Music Society, and a semifinalist in the Belvedere International Opera Auditions in Vienna, Austria. Recent professional credits include performances with the Orchestra of Indian Hill under the directio of Bruce Hangen, and the Claflin Hill Symphony under the direction of Paul Serapine. Additional solo credits inlcude major works with the San Francisco Symphony and Chorus, the Newport Music Festival, the Fairbanks Summer Arts Festival, California Repertory Opera, Music from Bear Valley, Pippen’s Pocket Opera, Kensington Symphony, the McGilvray Chorale, and San Francisco Chamber Singers. She was a featured soloist at the National Concert Hall in Taipei, Taiwan while on tour with the McGilvray Chorale. She has performed with such distinguished conductors as Robert Shaw, Edo de Waart, Herbert Blomstedt, Neeme Järvi, Michael Tilson Thomas, John Nelson, Sir Charles Mackerras, Kurt Masur Christopher Hogwood and Jonathan McPhee. Concert tours have taken her to Europe, Hong Kong, Taiwan, Alaska, and throughout the United States. Recording and film score collaborations include two Grammy-winning recordings with the San Francisco Symphony and Chorus, and the film soundtrack for Godfather, Part III with Carmine Coppola conducting. Ms. Bonito currently devotes much of her time to music education, and continues to be in high demand as a voice teacher and choral conductor. She is trained in Bel Canto, Estill Voice Training System and Somatic Voicework(TM) the LoVetri Method. She is Chair of the Voice Department at Indian Hill Music School in Littleton, Massachusetts, where she teaches private voice lessons and has led Indian Hill in the expansion of their vocal music offerings to include a comprehensive Regional Chorus for children, ages 8-18 and a Threshold Choir. Her summer offerings at Indian Hill have included Beginning Voice Classes, a Children’s Musical Theater Program, Show Choirs, Jazz Choirs and A Cappella ensembles. She is also on the voice faculty at St. Mark’s School in Southborough, Massachusetts, and is the Music Director for the United Parish of Upton where she conducts numerous vocal and instrumental ensembles throughout the year. Ms. Bonito also maintains a private voice studio in the Mendon/Upton area of central Massachusetts.
Voice Type: Soprano
Music Styles Taught: Pop; Opera; Jazz; Folk; Classical; Musical Theatre
Availability: I am available as a performer; I am currently accepting private students; I offer lessons in a group environment