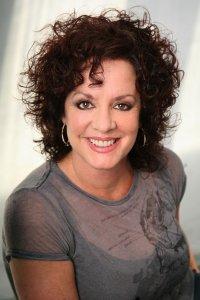 Current teaching appointments include: Vocal Health Advisor, Voice Instructor and New Hire Coordinator at AMDA College and Conservatory in Los Angeles and Voice instructor with the UCLA Ray Bolger Musical Theatre Program. Victoria is actively engaged in the study and practice of vocology, a functional, fact-based approach to training the voice. This approach, used with traditional pedagogical methods, creates an instrument with a high level of balanced, sustainable technique, versatility and the capacity for full expressivity in any style of music.

Victoria is a charter member of the Pan American Vocology Association, a member of the Voice Foundation and the National Association of Teachers of Singing where she has served as president of NATS-LA and NATS regional governor for Southern California.  She received the NATS Teacher Enrichment Grant Award in 2013. In September 2017 Victoria was awarded a full scholarship to a 200-hour training program for certification as a yoga instructor with CorePower Yoga.

Victoria’s greatest accomplishments as a teacher are reflected through the success of her students, many of whom are successfully creating their own artistic work, performing on stages, cruises, tours and in recording studios in Los Angeles, New York, across the United States and throughout the world.

Voice Type: Soprano
Music Styles Taught: Pop; Opera; Jazz; Folk; Gospel; Rock; Classical; Musical Theatre
Availability: I am available as a performer; I have a wait-list for private lessons; I am currently accepting private students; I am available as a clinician or presenter; I accept students through a college or university program