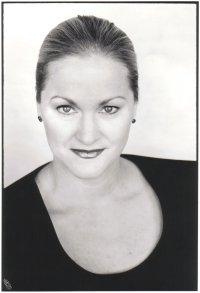 Soprano Alison Acord has been heard in more than 40 operatic roles in the United States and abroad. She has received critical acclaim as the title role in Ariadne auf Naxos. Her operatic repertoire encompasses other roles such as Lady Billows in Albert Herring, the Mother in Hänsel und Gretel, Alice Ford in Falstaff, Mimì in La Bohème, Micaëla in Carmen, La Contessa in Le nozze di Figaro, Hanna Glawari in The Merry Widow, and Fiordiligi in Così fan tutte. Dr. Acord has also been heard as soloist in orchestra concerts both in the United States and Europe in Saint-Saëns’ Christmas Oratorio, Handel’s Messiah, Beethoven’s Symphony No. 9, Vaughan Williams’ Dona Nobis Pacem, Ravel’s Shehèrazade and in Fikret Amirov's A Thousand and One Nights. Alison has received prestigious grant awards in the United States and Europe for championing the work of living composers. The International School of Performing Arts, The Recording Industries' Music Performance Trust Fund, Grismer Fine Arts Fund, Havighurst Center for Russian and Post Studies and Doblinger Publishers Wien have all afforded her opportunities to perform and lecture on composers living and writing art song in The United States, Moldova, Ukraine, Latvia, Belarus, Russia, Great Britain, and Austria.

Dr. Acord has taught on the faculty of Miami University of Ohio since 1999. A native of Houston, Texas, Alison earned her Bachelor of Music degree in Vocal Performance from Baylor University. As a Corbett Scholar, she earned the graduate degrees of Master of Music, Artist Diploma, and Doctor of Musical Arts in Vocal Performance and Vocal Pedagogy from the University of Cincinnati's College-Conservatory of Music. While a student at CCM, Alison was a student of Barbara Honn’s and continues to work with her, organizing teaching seminars for Barbara each year.

Alison's students are highly regarded and enjoy great success. They have been heard on Broadway and in regional and international opera and musical theater venues. Many have placed as finalists and winners in a variety of local, regional and international competitions, and have regularly participated in professional summer music festivals and young artist programs. Dr. Acord’s teaching career has included University of Dayton, Xavier University and the University of Cincinnati’s College-Conservatory of Music. In 2000, Alison began giving presentations for high school singers entitled Successful College Auditions. This has grown into a full-day workshop each fall held at Miami University known as Viva Miami! Since 2009, Alison has taught voice during the summers for the American Institute of Musical Studies in Graz, Austria, where she has also given presentations yearly on The Singer's Vocal Health. In 2011, she was invited to lecture on The Aging Voice for the Landeskrankenhaus Universitätsklinikum in Graz, Austria.