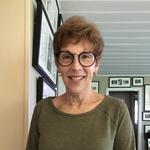 Title: Voice teacher
Bio: I am a former opera singer, lyric coloratura, who trained at The New England Conservatory of Music. Soon after finishing my work at NEC, I moved to Austria to pursue my career. While there, I was resident soprano at the Wienerkammeroper for one season and guest soprano at the Klagenfurt Stadt Theater. Also while living in Vienna, my husband, tenor Roger Lucas, and I were sent to Cairo and Alexandria, Egypt on a US State Department sponsored concert tour, singing all American composers. Upon returning to the United States, I was engaged by the New York State Theater to sing the role of Rosina in their national spring tour of Il Barbiere di Siviglia by Rossini. I also was the soprano soloist in a trio touring the US for six weeks on behalf of Community Music. Soon after the tour, I was signed by management and sang opera and concert on the east coast, including performances as soprano soloist in Beethoven's Ninth Symphony with The National Symphony at the Kennedy Center. In 1985 I began my teaching career while raising my family. I had a large private studio in Charleston, WV and also taught at The University of Charleston and West Virginia State College. I maintained my private studio in Charleston until 2015 when my husband and I moved to Lakeland, Florida. I now have a growing private studio and am an adjunct voice teacher at The Harrison School for the Arts in Lakeland.
Voice Type: Soprano
Music Styles Taught: Opera; Classical; Musical Theatre
Availability: I am currently accepting private students; I accept students through a college or university program