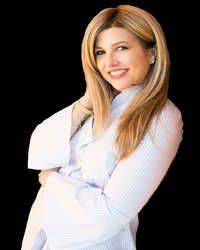 Lisa Kay Fletcher (LK Fletcher) is the consummate performer. A critically acclaimed singer, pianist and conductor she has an international reputation as a master teacher and clinician, opera singer and stage director. LK is an Equity actress, a published playwright and composer, and a national drama critic, More importantly, she is a mentor, an educator and encourager to thousands of performers. She has served as a music professor at several institutions including Colorado Christian University and taught in summer opera programs in Europe and throughout the U.S. Her students are active music educators, performers, recording artists and outstanding musicians in multiple venues. Current and former students are represented on Broadway as well as the rosters of numerous European and American opera houses including The Metropolitan Opera, Covent Garden, San Francisco Opera, Pittsburgh Opera and more. Students are winners and finalists in the Regional Metropolitan Opera Competition and NATS Student Adjudications district, regional and national levels. As an advocate and entrepreneur, Lisa Kay Fletcher has actively pursued and created opportunities for performers. As the founder and Artistic Director of her 5013C "Stageworks" she produced the international Stageworks Music Festival in Washington DC for 4 weeks and 14 performances for over 120 musicians and actors from 7 countries culminating in a showcase performance at The Kennedy Center. Ms. Fletcher currently serves as the CEO of Mona Lisa Studios LLC where she actively promotes, encourages and trains singers and actors. LK has had the privilege of performing with some of the finest musicians and performers of her generation. She has premiered solo works as a singer by great America composers, Leonard Bernstein and Samuel Adler., sung as a professional chorister and soloist with Grammy award winning conductors Dr. Robert Shaw and Dr. Robert Page and appeared on film with Oscar legend, Director Ron Howard. Always quick with a laugh, LK credits four seasons of training with Second City in Comedy Improv as a foundation for finding the humor in just about everything. Her more formal education includes multiple degrees in music.; a B.M. in Voice Performance from Indiana University, a M.M. in Voice-Sacred Music from Duquesne University, Post-Graduate studies in Piano Literature at Wright State University and Vocal Pedagogy at Cincinnati Conservatory of Music. Her operatic career includes performances of "Susannah" directed by the composer, Carlisle Floyd with the Dayton Opera as well as principal roles with national houses including Pittsburgh Opera. To the delight of her friends and family who don't love the opera, she has had a wonderful time singing the National Anthem on TV for multiple professional sports teams including the Pittsburgh Pirates, Pittsburgh Penguins, Pittsburgh Steelers and the Cincinnati Reds (twice)! Her versatility as both a classical and jazz singer are integral to her love of music. Televised solo concerts in the US include a PBS feature solo concert at The Dayton Art Institute featuring an hour long Gershwin Tribute Solo Concert as well as a televised European broadcast as the Mezzo Soloist in the Pergolesi "Stabat Mater" with the Tuscia Opera Festival in the medieval city of Bagno Regno. Miss Fletcher was awarded the keys to the city following this historical performance. Passionate about the stage, LK has directed over a 100 musicals and plays in educational, community and professional theaters. She has written and published 7 full length musicals as well as multiple other dramatic resources. She has appeared as a singer- actress in mutliple venues. She currently serves as an associate drama critic for The Column Online where she reviews theater, musical and opera events in the Dallas-Fort Worth metroplex. In her spare time, she has the privilege of maintaing a very large performance studio www.monalisastudios.com of singers and actors. With the exception of her husband, her family, her cats and a good red wine nothing brings her more joy than promoting, educating and training performers. LK is passionate about the arts and empowering artists.