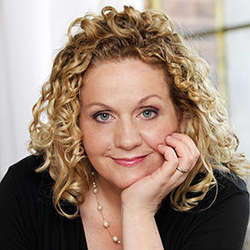 Title: Singing Teacher, Member of the Royal College of Examiners (Canada)
Bio: Penelope Dale holds a diplôme d’études supérièures, and a concours, à l’unanimité du jury in vocal performance from the Conservatoire de Musique du Québec à Montréal, as well as a Diploma in Education (Music Specialist) from McGill University. Her principal voice teacher was Madame Marie Daveluy, of Montreal, Quebec. Ms. Dale has performed as a soloist in live performances for Radio Canada, in opera and in concert. She is a former faculty member of The Royal Conservatory of Music, where she taught voice and sight singing. Penelope was a compiler of The Royal Conservatory of Music Voice Syllabus, 2005 Edition, and the Voice Repertoire Series, Third Edition, and has authored articles for the Royal Conservatory of Music Newsletter, Music Matters. She conducts voice examinations for The Royal Conservatory of Music, and has been a member of the College of Examiners of The Royal Conservatory of Music since 2005. Ms. Dale is also in demand as a festival adjudicator, and has adjudicated at numerous festivals in Ontario and in Manitoba, including the Windsor Kiwanis Music Festival, the Pickering Music Festival, the South Simcoe Arts Council Music Festival, and the Winnipeg Music Festival. In 2008, she founded The Treblemakers chorus (a non-auditioned singing group for adults. The group has since grown to include chapters in Toronto, Barrie, Wasaga Beach, Collingwood, and Creemore, Ontario. Penelope’s students have been enthusiastically received in festivals, competitions, vocal examinations, and university and high school entrance auditions. Graduates from her private voice studio have been accepted into vocal study programs at universities throughout Ontario, including the University of Toronto, the University of Western Ontario, McGill University, McMaster University, and Wilfrid Laurier University. Penelope's Toronto studio students have been awarded placements at the Etobicoke School of the Arts, Claude Watson School of the Arts, and Cardinal Carter School of the Arts. Her students have received Silver Medals for attaining the highest mark in all of Ontario and Quebec in their voice examinations at The Royal Conservatory of Music, and numerous scholarship awards from the Davenport Music Festival, the Newmarket Music Festival, and the Kiwanis Music Festival. Penelope Dale has received many awards for her singing, including first prize at the CIBC National Music Festival. She is a member of several professional organizations, including the Canadian Music Festival Adjudicators’ Association (CMFAA), the National Association of Teachers of Singing (NATS), the Georgian Triangle Music Teachers' Association (GTMTA), and the Ontario Registered Music Teachers’ Association (ORMTA).
Voice Type: Soprano
Music Styles Taught: Pop; Opera; Jazz; Folk; Gospel; Rock; Classical; Musical Theatre
Availability: I am available as a performer; I am currently accepting private students; I am available as a clinician or presenter; I offer lessons in a group environment