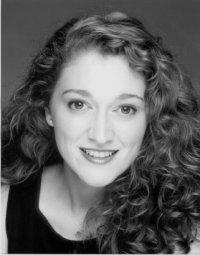 Title: Instructor
Bio: Patricia Toledo holds a M.M. in vocal performance from The University of North Carolina at Greensboro and a B.M. in vocal performance from Lawrence University Conservatory of Music, WI. She has performed both musical theatre and operatic roles including the title role in Puccini’s Madama Butterfly with Opera Ft. Collins, Eleanor of Aquitaine in the one-woman opera Flower and Hawk with Long Leaf Opera, the Virgin Mary in The Wise Women, Papagena in The Magic Flute, Minnie in The Match Maker, Audrey in Little Shop of Horrors, Polly Peachum in Three Penny Opera and Catherine in Pippin. She has also been seen with Main Street Opera, Greensboro Opera, Triangle Opera, Light Opera Works, Madison Symphony Chorus, and Madison Opera’s Opera in the Park. She has a private studio in Schaumburg, IL and is a private music tutor (voice lessons) in three D214 high schools.. Ms. Toledo has trained to be an early childhood music specialist through Music Together. As a member of the National Association of Teachers of Singing, Ms. Toledo was selected to participate in the NATS's highly competitive Intern Program. She has served on the boards for the Northern Illinois Chapter of NATS and the Northwest Chapter of the Lyric Opera. She enjoys singing in recital, giving lectures, conducting master classes and directing. Ms. Toledo has studied both classical technique and contemporary commercial sing. As a teacher, Ms. Toledo has taught/coached classical students as well as touring members of Broadway in Chicago musicals and numerous rock and pop singers. Her students have done well performing at such venues as The American Girl Show (Chicago), IMEA (Honors Choir and Jazz), local jazz venues, Battle of the Bands (local and statewide), Schaumburg Idol, Prospect Idol, Chicago's Got Talent, as well as leads in several musicals in the greater Chicagoland area. Her students have also done well in local and district NATS auditions and have gone on to top classical, commercial music, and musical theater university programs in the nation. Asides from teaching, conducting high school master classes, performing, or directing, Ms. Toledo enjoys being a mom, wife, daughter and studying the martial arts.
Voice Type: Soprano
Music Styles Taught: Pop; Opera; Classical; Musical Theatre
Availability: I am available as a performer; I am currently accepting private students; I am available as a clinician or presenter; I offer lessons in a group environment