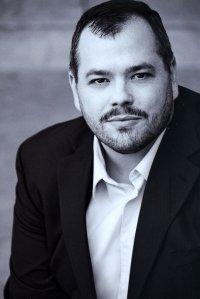 Title: Adjunct Professor of Voice
Bio: Michael C. Rider is a voice teacher, coach, performer and music director with a specialty in music theater techniques and the development of the belt voice. He is an adjunct professor of voice at the John J. Cali School of Music at Montclair State University where he teaches musical theater voice and performance practicum. He has also music directed several mainstage show for the School of Theater. He has previously served on the faculties of CAP21/NYU Tisch School of the Arts and the American Academy of Dramatic Arts and runs a private voice studio in NYC. Rider has presented workshops at NYSTA’s Professional Development Program, the World Voice Health Day and the North East Theatre Festival for the EDTA (Educational Drama Teachers Association). He worked as a theater clinician at the Beacon School in New York and served as music director for their musical productions, including the first High School productions of RENT and 25TH ANNUAL PUTNAM COUNTY SPELLING BEE.). He has also worked collaboratively at the piano with performers for cabarets in NYC, NJ and Pennsylvania as well as several venues in Hong Kong. Michael is an alumnus of Westminster Choir College of Rider University (MM) and Penn State University (BM). He is also an active member of the National Association of Teachers of Singing (NATS), New York Singing Teachers Association (NYSTA) and the National Opera Association (NOA).
Voice Type: Tenor
Music Styles Taught: Pop; Opera; Gospel; Rock; Classical; Musical Theatre
Availability: I am available as a performer; I am currently accepting private students; I am available as a clinician or presenter; I offer lessons in a group environment