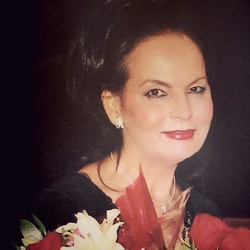 Voice Type: Soprano
Music Styles Taught: Pop; Opera; Jazz; Gospel; Classical; Musical Theatre
Availability: I am available as a performer; I am currently accepting private students; I am available as a clinician or presenter; I accept students through a college or university program