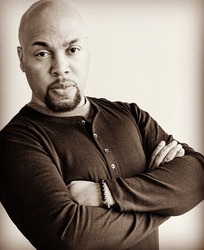 Tenor Roderick George maintains a distinguished career as a performing artist and teacher. A frequent, highly sought after soloist in major concert and oratorio works, he made his New York Lincoln Center debut as the tenor soloist in Handel’s Messiah at David Geffen Hall and he has appeared as a soloist at Carnegie Hall for the Gotham Sings Choral Showcase. Internationally, he has performed throughout Russia, including concert appearances with the Orpheus Radio Symphony Orchestra and the Krasnoyarsk Philharmonic Orchestra. He has also performed at various prestigious international festivals and venues including Festival Internacional de Musica Sacra in Ecuador, La Folle Journée in France, Spain’s Festival Internacional de la Porta Ferrada and Festival Internacional de Santander, the Cayman Arts Festival of the Grand Cayman Islands, Notre-Dame Cathedral and the American Cathedral in Paris, Lensoveta Palace of Culture in St. Petersburg, Russia, the Royal Dublin Society and Wexford Opera House in Ireland and the Spaso House of the United States Embassy in Moscow. He has sung a diversity of leading lyric tenor opera roles, including his recent role debut as Nemorino in Opera Birmingham’s production of L’elisir d’amore. Lauded for his poignant interpretations of the American Negro spiritual, George has recorded and toured extensively, including multiple concert tours throughout the U.S., Spain, France, Ireland and South America as a featured soloist with the internationally acclaimed American Spiritual Ensemble.

A recipient of the College of Fine Arts Distinguished Teacher Award, Dr. George is a professor of music and coordinator of voice in the Department of Music at the University of Montevallo. He holds graduate degrees in voice performance and opera/musical theater from The Florida State University and Southern Illinois University (Carbondale), and completed advanced training in Austria at the American Institute of Musical Studies. A champion of American art song and an avid song recitalist, his research explores the study and performance of song literature based on the writings of Paul Laurence Dunbar and Langston Hughes. He sang the world premier of Adolphus Hailstork’s Four Romantic Love Songs on poems of Dunbar for the African American Art Song Alliance Conference held at the University of California, Irvine. An active member of the National Association of Teachers of Singing, he was selected nationally for the prestigious NATS Teacher-Intern Program held at Colorado State University. His primary voice teachers have included tenors Larry Gerber, Everett McCorvey, Alfonse Anderson and soprano Jeanine Wagner. In competition, he was named a regional finalist in the Metropolitan Opera National Council Auditions and the NATS Artist Awards competition, and a finalist in the Orpheus National Voice Competition, among others.

Voice Type: Tenor
Music Styles Taught: Pop; Opera; Folk; Gospel; Classical; Musical Theatre
Availability: I am available as a performer; I am currently accepting private students; I am available as a clinician or presenter; I accept students through a college or university program