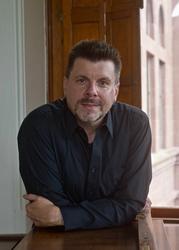 Equally at home on the operatic stage or in the concert hall, internationally acclaimed tenor Richard Crawley captivates audiences with his passionate singing and nuanced dramatic presence. Most notably, he has performed the title role in Lohengrin at Teatro Colón in Buenos Aires and with the Savonlinna Opera Festival in Finland; Florestan in Fidelio with State Opera of South Australia; Canio in I Pagliacci with Portland Opera and Don José in Carmen opposite Denyce Graves with the Greek National Opera. Additional career highlights include the Metropolitan Opera, New York City Opera, San Francisco Opera, Lyric Opera of Chicago, Houston Grand Opera, Santa Fe Opera, Atlanta Opera, Boston Lyric Opera, Staatstheater Stuttgart, Opéra de Québec and the Marinsky Theater in Russia. ​ Richard currently serves on the voice faculty of the Department of Drama at Syracuse University; and for the past few years has served on the voice faculty at the Setnor School of Music. He has a great passion for training musical theatre artists and classical vocalists alike. As an educator, he has presented master classes across the United States and has served on the faculties of Loyola College, the Fairbanks Summer Arts Festival in Alaska, and Binghamton University. Last season Richard served on the creative team at the Syracuse Opera as Assistant Conductor & Chorus Master.

As an orchestral soloist Richard has performed Handel's Messiah with the Tokyo Oratorio Society and at the National Cathedral in Washington, D.C.; Verdi's Requiem with the Dayton Philharmonic; Beethoven's Ninth Symphony with the Hong Kong Symphony, Bay-Atlantic Symphony and the Greater Bridgeport Symphony; Mendelssohn's Paulus with the New Japan Philharmonic; the Evangelist/Tenor in Bach's Christmas Oratorio with the National Symphony Orchestra of Costa Rica; Haydn's Harmonie Messe with the Syracuse Symphony; Haydn's The Creation with Baltimore Choral Arts Society; Bach's b minor Mass with Handel Choir of Baltimore; the Evangelist in Bach's St. Matthew Passion with Concert Artists of Baltimore; and the Mozart Requiem at Carnegie Hall with Masterworks Chorale.

Voice Type: Tenor
Music Styles Taught: Opera; Jazz; Classical; Musical Theatre
Availability: I am available as a performer; I am currently accepting private students; I am available as a clinician or presenter; I accept students through a college or university program