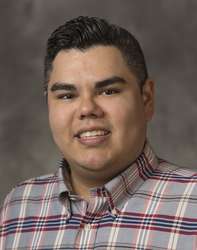 Matthew Valverde has been praised for his sensitive phrasing, “mellifluous” singing, and his “handsome” tenor voice (Star Tribune, New York Classical Review). He was awarded a DMA degree and an MM degree in vocal performance and literature from the Eastman School of Music (Rochester, NY) and holds degrees from Texas Christian University (Fort Worth, TX). Valverde is Associate Professor of Music at Adams State University in Alamosa, CO, where he also serves as Project Director for a US Department of Education Title V Grant.