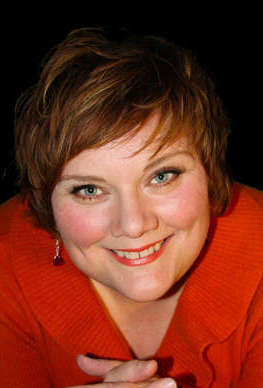 Title: Voice Teacher
Bio: Louisa Burgess Corbett Originally from Bristol England, Ms Burgess is a sought after voice teacher, specializing in Commercial Voice, with a focus on Musical Theatre Performance. Louisa Teaches at George Brown College, Randolph Academy for the Performing Arts, and Sheridan Institute of Technology and Advanced Learning in the Performing Arts Departments. Louisa is also the Musical Theatre Specialist for the Big Voice Studio in Toronto, and has a busy private studio of her own. Louisa is also proud to have been teaching in Monterrey Mexico and Mexico City since 2007 with the acclaimed Theatre Company DuboForce. Louisa graduated from the Sheridan College Musical Theatre Performance program, winning the Rosemary Burns Award. She continues to study acting, singing and voice extensively in Canada and New York City. Louisa has had the pleasure of performing in theatre across Canada and in New York. She was critically acclaimed for her role in the Bravo short film “In Her Mother’s Eyes”, which went on to win the Sir Tim Rice Award at the Sarasota Film Festival. Louisa also performed the role of Joan D’Arc in the musical “Divine Heretic” for the Disney Live New Work’s Project in Manhattan. Most recently Louisa was thrilled to perform at the Laurie Beechman Cabaret Theatre in New York in Voco Doro’s production of “I am…the Music of Babbie Green”. Louisa was honored to work with Ms Green on this wonderful show! In the recording studio, as a voice actor and singer, Louisa’s career has spanned over 20 years. Her work has included animation voice over, commercials, show tunes, demos and most notably the re-occurring role of Aunt Chloe in Nelvana’s animated series Ned’s Newt. Louisa has had the privilege of Directing and musically directing throughout Southern Ontario over the past 25 years. For 6 years she was the resident Vocal specialist and Musical Director for the Toronto Youth Music theatre Company. In November 2009, Louisa had the honor of being the Musical Director for the Toronto Ensemble for “A Night with Jason Robert Brown” at the Glenn Gould Studio. Louisa is a busy adjudicator for the National Music Festivals for the Musical Theatre and Commercial Voice Categories. Recently, Louisa was awarded the distinction of being recognized as one of George Brown College’s Top 20 Faculty Members, making a significant contribution to excellence in teaching and learning.
Voice Type: Mezzo-soprano
Music Styles Taught: Pop; Musical Theatre
Availability: I am available as a performer; I am currently accepting private students; I am available as a clinician or presenter