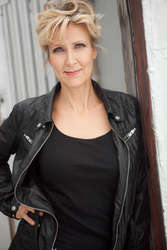 Wilma Wever, B.M., M.A., NATS, NYSTA and AGMA member, is the Founder of Performance EmPowering, (PEP), and conducts workshops for PEAK performance in the US and internationally. Ms. Wever is currently adjunct professor at Marymount Manhattan College and is on the voice faculty of AMDA, the American Musical and Dramatic Academy in New York where she teaches individual voice to the integrated students, voice technique classes to the acting and dance majors and Performance EmPowering for PEAK performance for all majors. Wilma Wever is an active performer and has been recognized by the New York Times for being “attractive and engaging” in the world premiere in the eponymous role of ‘Jocasta’, an opera by Ruth Schonthal with the Voice & Vision Theatre in New York City. Also in New York, she debuted with Encompass Opera as the ‘Marchesa’ in Henze’s The End Of A World, and performed Ms. Edison in a reading of Tesla an opera by Kievman for VOX, a presentation of new works by New York City Opera. In addition to her operatic roles such as, Ariadne in Ariadne auf Naxos, Leonore in Fidelio, Leonora in Il trovatore, Ms. Wever has performed numerous concerts and recitals in The Netherlands and in New York in distinguished venues such as the Concertgebouw in Amsterdam, Holland and Weill Recital Hall at Carnegie Hall. The Music Connoisseur called her a performer with “savvy and grit”.

Ms. Wever, a Dutch native, received her B.M. at Mannes College of Music in New York with honors and her M.A. at Hunter College.

Voice Type: Soprano
Music Styles Taught: World; Pop; Opera; Jazz; Folk; Rock; Classical; Musical Theatre
Availability: I am available as a performer; I am currently accepting private students; I am available as a clinician or presenter; I offer lessons in a group environment; I accept students through a college or university program